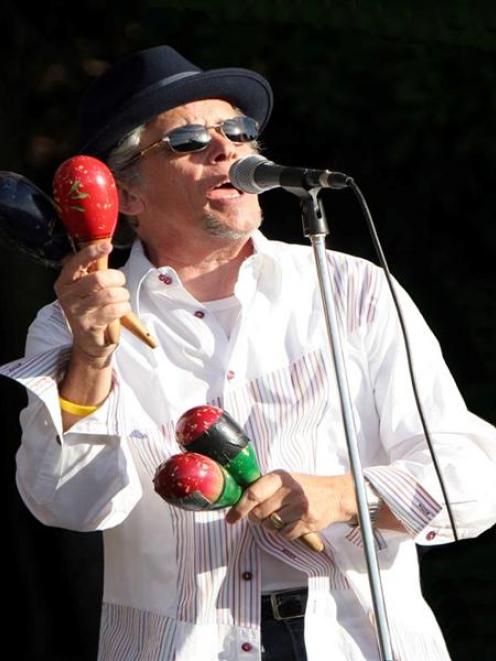 Hector Country Music Heritage Museum owner Barry Skinner said he had written to the Gore Country Music Club asking whose idea it was to nominate the late-1950s rock-and-roll star for the Hands of Fame.

Mr Skinner said yesterday he had not yet had a reply to his letter.

Before moving to Hector, on the West Coast, Mr Skinner lived in Invercargill. He had hosted two country music radio shows and judged at the Gold Guitar awards on four or five occasions in both the songwriting competition and the awards, as well as playing in backing bands at the event, he said.

‘‘If this induction into the Hands of Fame is for the TV series, how come it's taken 24 years before he is recognised to receive this nomination?''

‘‘There are many more people in the New Zealand country music scene - singers, musicians and others involved in the industry, too - who would be more fitting to receive this accolade,'' he said.

‘‘Next thing they'll be nominating rockers like Dave Dobbyn, [the] Finn brothers, etc.

‘‘Not that I have anything against these legends of New Zealand poprock music,'' he said.

However, he believed Columbus had made a significant contribution to the country music industry through That's Country, which not only was popular nationwide but also aired in the United States, where it was hailed as the best country music show on television by the late Roy Acuff, co-founder of the first major Nashville-based country music publishing house Acuff-Rose Music.

Gore Country Music Club president Julie Mitchell said the club's board was meeting last night and a reply to Mr Skinner's letter would be formulated.
Mrs Mitchell said the Hands of Fame Committee had recommended Columbus and the board had endorsed the suggestion.

Columbus told The Ensign yesterday he could understand the perception he was not a strictly country music entertainer, as he had said on television when he was 23: ‘‘I don't like country and western music''.

While that was true at the time, Columbus said his tastes had changed. A lot of his music had more of a rockabilly, rhythm and blues flavour to it, he said.

Columbus defended the importance of That's Country as the greatest country music show of its era and said he had helped sell the series to US distributors.

In all, 48 shows of That's Country aired in the US, he said.

He said it was a great honour to be immortalised in concrete and to perform at the show in Gore.

As well as having his hands immortalised in concrete, Columbus will perform at the Hands of Fame Induction Show held at the Longford Function Centre on May 27.

Mrs Mitchell said tickets for that event were selling fast and it was shaping up to be a sell-out show.