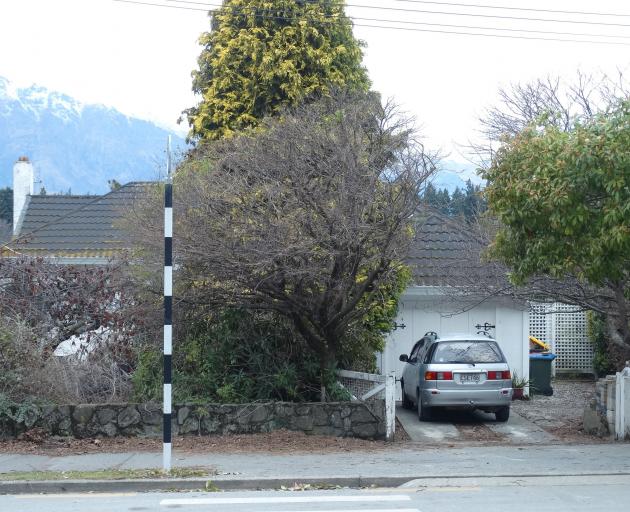 Queenstown’s 48 Man St sold recently for $8.3 million, Otago’s top sale this year. PHOTO: GUY WILLIAMS
The number of houses sold for more than $3 million in the Queenstown Lakes area has gone through the roof.

Yesterday, the Real Estate Institute of New Zealand (REINZ) released its million-dollar price report that found sales over $3million increased by 200% in Otago, from 12 properties to 36, in the first half of this year compared with the same period in 2020.

The top sale was Queenstown’s 48 Man St selling for $8.3million. According to property sale history, it was sold for just over $1million in December 2011 and again for $1.3million in February 2012.

Another 25 $3million-plus sales came from Queenstown,four in Arrowtown and six in Wanaka.

The "massive" size of the increase in prices over $3million was "surprising but understandable," REINZ’s Queenstown director Gail Hudson said.

"We have a serious lack of supply in the region and a massive number of people wanting to move into the area from around the country, so that increase in demand is driving prices up," she said.

The lack of supply was being caused by people not wanting to move because of not having somewhere else to go to, Ms Hudson said.

There was some development happening around Queenstown and Wanaka that would help increase supply in time, she said.

Historically there would be an influx of listings in spring but Ms Hudson did not think that was going to happen this year.

She believed the property sector was a different world from 18 months ago.

"I think back then people would have thought prices were going to reduce because of the pandemic but they haven’t," she said.

The REINZ report also found sales over a million dollars increased by 400% in Southland, from two properties to 10, in the first half of this year.

Of the sales, eight were in Invercargill and two were in Te Anau.

There was a lot of movement at the "top end" of Southland’s housing market, Professionals Invercargill director Tim Frampton said.

"We are seeing a lot of people move down from up north . . . we have high employment down here . . . and good salaries and wages and cheaper housing than most centres in New Zealand.

"That is making it an attractive place to live and a place first-home buyers can still buy a house," he said.

There were 170 listed properties in the region at the moment, compared with more than 400 before Covid-19.

"People are staying where they are and renovating and aren’t moving out of the area," Mr Frampton said.