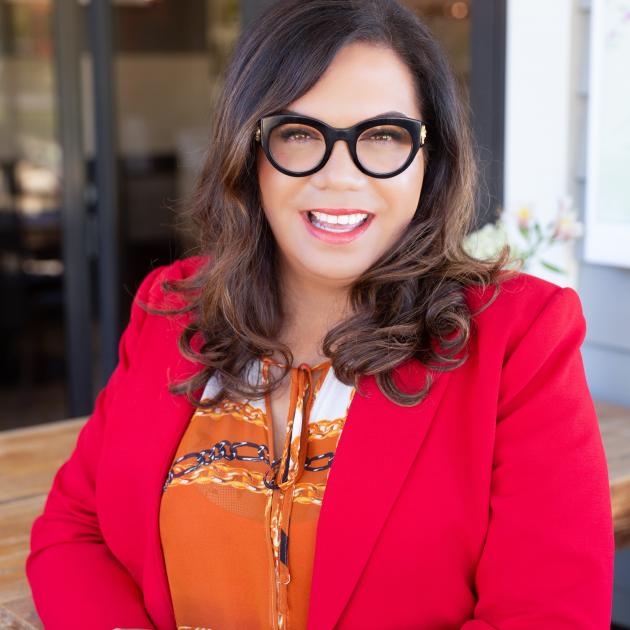 Timely senior vice-president of culture and inclusion Mary Haddock-Staniland has developed a high profile and become a strong voice for championing change. PHOTO: SUPPLIED
This week is Transgender Awareness Week. Business editor Sally Rae talks to Mary Haddock-Staniland, a high-profile senior executive - who also happens to be transgender - about living her best life and championing change.

Mary Haddock-Staniland is a force of nature.

Speaking on the phone from Auckland, the senior vice-president of culture and inclusion at Dunedin-founded - and now global - business Timely, oozes both confidence and warmth.

Talking about herself comes easily; she has developed a high profile and become a strong voice for championing change, advocating for a more equitable, diverse and inclusive world for all.

She is, as she says, living her best life. Having a senior executive position in a global company, being married - she and her husband own their own home in Auckland - and being able to pay their bills was, in itself, a privilege and she did not take any of it for granted, Ms Haddock-Staniland said.

But don’t think for a minute that it has come easy. Growing up, ‘‘terrible’’ experiences gave her a hard shell, to protect her from the world, and she made it through that process.

Ms Haddock-Staniland, who turns 40 next year, was 4 when she knew she was not happy with who she was. But gender dysphoria was not something that was discussed in Matamata back in the 1980s.

Support was not available to her or her family, which included her twin brother. There was no awareness and nor was there anyone to aspire to be or to look up to, she recalled.

It was a difficult childhood; she had a violent father - whom her mother left - and it was her mother who was her ‘‘life-saver’’.

‘‘She didn’t necessarily know how to deal with and support me. She never knew the way - no-one did. Crucially, she just accepted me and didn’t really give a s...,’’ she said.

School was a challenge - ‘‘there’s no two ways about it’’ - as she had been ‘‘definitely the odd one out’’.

‘‘I couldn’t hide - it was like a left-handed person trying to write with their right hand.’’

She could not recall a day of her education when she was not bullied. That was on top of trying to figure out where she ‘‘fitted in the world’’.

In the early stages of her career, it was still not easy - ‘‘Aotearoa has definitely come a long way in 2021’’ - and she was humiliated in meeting rooms and people made fun of her when they did not think she could see them, or talked about her when they thought the mute button was pushed.

But for the few who were unpleasant there were many more who were right behind her and she felt very fortunate to have such an amazing network, which included her husband, family, friends and colleagues.

After a varied career spanning 20 years, most latterly as head of membership services at Diversity Works New Zealand, Ms Haddock-Staniland was last year appointed senior vice-president of culture and inclusion at Timely, the first such appointment in New Zealand.

Timely, which produces a cloud-based appointment management system for businesses requiring scheduling of their staff and services, was acquired by Denver service commerce platform EverCommerce earlier this year, in a deal worth about $135million.

When she met co-founder and former chief executive Ryan Baker, she ‘‘instantly fell in love’’ with his passion and desire to continue developing Timely’s culture, she said.

Set to mark her first anniversary at the company in a few weeks, she was ‘‘absolutely loving it’’, and the company was ‘‘on a trajectory to soar’’.

‘‘We would not be here’’ without the founders of the business. Being acquired by an organisation as large as EverCommerce was exciting as lots of opportunities came with that - as well as the prospect of lots of work.

The establishment of the position showed Timely’s commitment to ‘‘doing the mahi well’’and she hoped other companies would follow suit.

Ms Haddock-Staniland is a popular keynote speaker, panelist and MC. She also holds advisory and governance roles and, in 2017, was appointed an ambassador for charitable trust Lifeline Aotearoa.

She said she saw her main role as educating, encouraging and championing change to increase diversity and inclusion, and she never underestimated the position she had.

She wanted to use her platform and her voice to bring about change both in the boardroom and in society at large.

‘‘It’s always been about educating and encouraging change.’’

The journey of acceptance had started but there was still so much further to go and she wanted to be part of that. And for her personally, she had ‘‘only scratched the surface’’ - ‘‘there’s so much more I want to do’’.

Young people coming to grips with their identity in 2021 also had to deal with ‘‘iPhones, Twitter and Instagram’’, and that was of real concern to her.

Children also needed to be educated that bigotry was not OK. She had 22 nieces and nephews and she wanted them to grow up in a world where it was ‘‘not OK to be an a......’’.

Asked what advice she would give young people struggling with their identity, she said ‘‘just go with it’’.

It was best to embrace, understand and educate yourself, seek medical attention if necessary - have an open conversation with a GP - and ‘‘ride the wave’’.

‘‘It’s a beautiful one but it’s a tough one. There will be ripples in the ocean.’’

Parents raising a non-binary or transgender child did not need to be an expert on gender dysphoria or a psychologist. It was about acceptance and love and they needed to do what they could to support their child.

There were some ‘‘amazing, inspirational’’ transgender women, such as her good friend Georgina Beyer - both the world’s first openly transgender mayor and MP - Orange is the New Black actress Laverne Cox and media personality Caitlyn Jenner, and she encouraged people to look at their stories.

She got a lot of people ‘‘reaching out’’ to her and she responded to every message she received.

‘‘I’m not a doctor; I don’t have a PhD to save myself; I’ve got lived experience ... It’s important to seek the right advice from the right people.’’

Google was ‘‘not a wonderful thing when you’re lost ... when you’re trying to navigate what you want for your body’’.

For businesses, there were simple things that everyone could do to to achieve awareness and the message had to be one of lowering defences, practising acceptance and realising there were no threats. It was simple things like not staring at a transgender person and treating others like you would want to be treated.

Pronouns were a ‘‘minefield’’ but it was very important to get them right. She was very proud Timely was in the early stages of completing a rollout across its app, introducing pronouns to its customers and their clients.

Her address book would be the envy of many, containing as it did the contacts of everyone from politicians to chief executives.

‘‘Everyone wants to know the quickest way. My response is always there’s never a finish line. Every organisation ... every person inside it, are on a journey.’’

Ultimately, transgender and non-binary people had much to offer both employers and communities, Ms Haddock-Staniland said.

‘‘They just want to be given an opportunity.’’