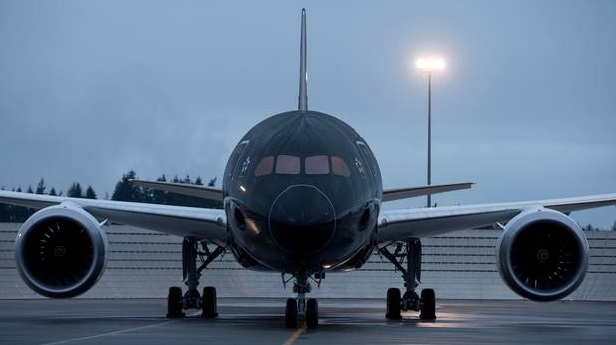 Boeing 787 Dreamliners have the inside running in Air NZ's fleet decision. Photo: NZ Herald
Air New Zealand has confirmed it will announce which new widebody planes it has chosen on Monday, and Boeing aircraft are set to win the race with Airbus.

It is understood Boeing representatives will be in Auckland that day, when the announcement will be made by Air New Zealand chief executive Christopher Luxon.

Air New Zealand has been silent on exactly which plane it has chosen to replace its 777-200 but has indicated during the past few months it may opt for more 787 Dreamliners.

Aside from serious problems with Rolls-Royce engines, the airline has been pleased with the performance of the planes, which will offer significant fuel savings on the 777 planes they’ll replace.

In an interview with the Herald earlier this month the airline’s chief financial officer, Jeff McDowall, said a larger Boeing plane, the 777X, was no longer in the running for replacing Air New Zealand fleet this time around.

This left just the Airbus A350 in the running for Monday’s reveal but those aircraft appear out of the picture.

With certain seating configurations the aircraft is capable of flying beyond the airline’s current longest flight from Auckland to Chicago, putting New York within range. Qantas uses Dreamliners to fly from Perth to London, 250km longer than Auckland-New York flights.

The engine maker that has won the Air NZ deal will also be in town on Monday. Both Rolls-Royce and General Electric have lobbied the airline to power the new planes.

It is one of the biggest calls made by the airline in more than 15 years - when it first ordered Dreamliners. It now has 13 in its fleet and another one to come as part of that order.

The total value of that commitment including the engines and the maintenance agreements is more than half the $3 billion market capitalisation of the company.

A leap to an Airbus A350-900 or A350 -1000 for its next wide-body plane would have been a bigger call. Although Air New Zealand uses narrow body Airbus planes on domestic and short haul routes, it hasn’t used the European-made planes for long haul operations.

The airline’s board had discussed the fleet replacement on six occasions.

There will be some sensitivities around opting for a Boeing, given the tragic fallout from flight stabilisation software problems on new 737Max aircraft. However, Dreamliners are much different planes, and after some teething problems have had a good safety record and use different systems.

McDowall said the 777X was not out of the picture long term and could be a replacement for the airline’s 777-300s.

The aircraft announced on Monday will have new cabins, and the airline is doing work now on replacing its business class seats.