Another record profit for Briscoes 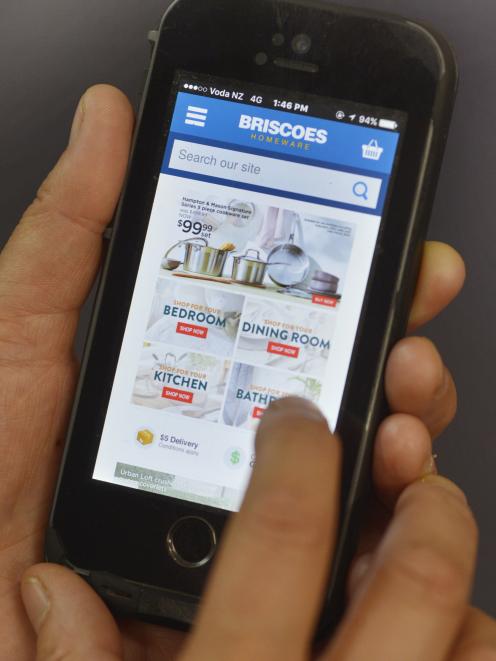 Briscoes online sales rose 27% during the year and should receive a further boost when its revamped online platform is launched later in the year. Photo: Gerard O'Brien
Briscoes has delivered another record full-year profit - up 3.3% on a year ago at $63.3million, underpinned by a $6.5million Kathmandu dividend.

Briscoes managing director and majority shareholder Rod Duke said he was pleased with the profit, noting it was made against the backdrop of ''erratic consumer confidence'' and ''challenging retail market''.

No guidance was given for the year ahead.

The after-tax profit includes a dividend of $6.4million from leisure and sport retailer Kathmandu, of which Briscoes still owns 18.9%. Briscoes was unsuccessful in a mid-2015 $362million takeover bid for Kathmandu.

Forsyth Barr broker Suzanne Kinnaird said the result was ''steady'' and in line with expectations, and the brokerage was not expecting to make material changes to its forecasts.

''The development programme is progressing well, with new stores. They appear to be focusing on smaller centres now.''

He said without the $6.5million Kathmandu dividend the after-tax profit would have come in about 10% less.

Mrs Kinnaird said online sales were ''strong'', being up 27%, and should receive a further boost when a new online platform was launched later in the year.

''Our online business continues to produce excellent sales growth, finishing the year around 27% up,'' he said.

Consumer confidence fell to a six-year low in September last year, as households fretted about the outlook for their own finances, and has only gradually recovered, BusinessDesk reported.

The latest ANZ Roy Morgan consumer confidence index showed a net 14% of the 1001 respondents said they were better off financially now, compared to 12% in January.

Mrs Kinnaird said it was pleasing that Briscoes' gross margin dollar was up 4.7%, from the small lift in gross margin rising from 39.97% to 40.09%.

Mr Duke said: ''We'll continue to focus on our online offering while maintaining our proven strategy of adding stores to our network, as and when we identify suitable opportunities.''