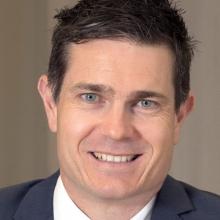 Ben Kelleher
As a barometer of economic health, confidence surveys are to be taken with a pinch of salt.

This is the view of a number of commentators, former ANZ chief economist Cameron Bagrie among them, who believe they are skewed by political nuance.

However, it is tough to ignore some of the clear signals in the latest iteration of the ANZ business micro scope survey, indicating that all is not well in the small business community.

According to the bank, confidence among small firms is at its lowest ebb in more than 10 years and investment intentions are the only growth indicator to stay above 2009 levels.

Worryingly, this translates to a large fall in hiring intentions, which suggests a material risk to the wider economy, the report notes.

ANZ says about half of small businesses were pessimistic about general business conditions in the year ahead compared to 36% in June.

The growth measure, which takes into account firms' views on growth indicators including activity, hiring, profit and lagged investment intentions, is considered as a proxy for GDP growth.

"Employment growth and a tight labour market have been a major driver of consumer sentiment and consumption this cycle and the fall in hiring intentions is a material risk for the economy.

"However, although business confidence is low this quarter, the economy itself remains relatively upbeat. It's important to remember that New Zealand continues to report low unemployment figures and stable GDP growth," he added.

Of the regions, Canterbury hit a post-GFC low with a growth measure of -12, while the rest of the South Island was more upbeat, employment, activity, and investment all contributing positively.

Small firms' expectations of their own activity fell below zero for the first time since June 2009, and intentions to invest in plant, buildings and equipment fell to a net negative 7% of firms.

Business confidence surveys should not only be ignored - they should be banned. They have no scientific basis nor bare any accuracy. For those that don't know, this is how they work . . "businessman, how do you feel confident? " . . . "umm, which party is in govt?
answer 1. "National" . . "oh I'm very confidant"
answer 2 "Labour" . . "oh not confidant"

"But Mr Businessman, there is a 7.5 billion surplus and things are improving, unemployment is down, wages up"
"No, there will be something wrong there, can't believe that - no that will umm - gees wha will my drinking buddies think of I feel confidant. Hang on, wait, I'll listen to MIke Hoskings and see what he think"