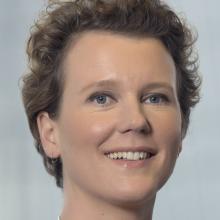 Sharon Zollner
The ANZ Business Outlook results made uninspiring reading in May as all aggregate activity indicators were either flat or falling, ANZ senior economist Sharon Zollner said yesterday.

The economy was still in good shape  through fiscal stimulus and the record-high terms of trade. But it might be tiring.

Both headline business confidence and firms’ views of their own activity fell four points in May. In terms of expectations regarding their own activity, retail and construction industries were dragging the chain, she said.

A net 27% of businesses were pessimistic about the year ahead. Firms’ own views of their own activity — which had the stronger correlation with GDP growth — dipped from 18 to 14, the lowest reading since November.

In a surprise reading, agriculture confidence lifted. Construction was flat at low levels and retail fell 10 points to match it as the equal lowest confidence industry, Ms Zollner said.

A net 3% of firms were expecting to lift investment, down four points. Investment intentions had been in single digits for five of the past six months.

Profit expectations fell eight points to  -9%, firmly in the red.

Westpac senior economist Michael Gordon said May was a relatively eventful month, including Budget 2018, which offered little for businesses other than the R&D tax credit, the sharp rise in fuel prices to a record high, and the Government’s decision on how to address the Mycoplasma bovis outbreak.

"However, the survey likely predated most of this and we may see some more telling responses next month.’"

Westpac economic forecasts incorporated a lull in hiring and investment in 2018 on the back of uncertainty concerning the impact of the new Government. That was consistent with firms’ expressed intentions in the ANZ survey, he said.