Carbon deal worth up to $3 million 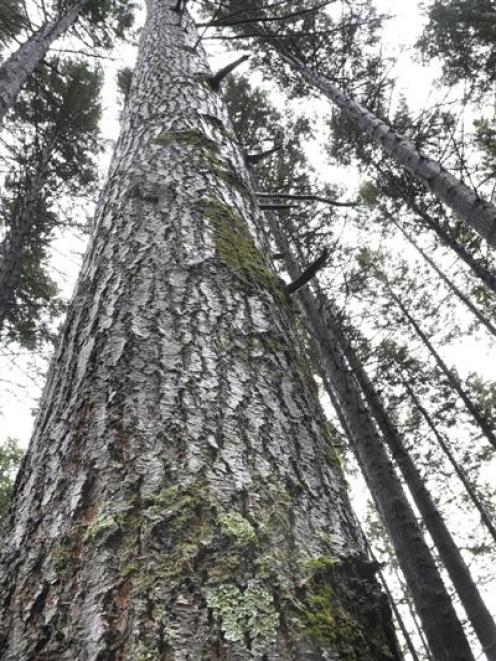 Trees growing in City Forests' plantations, such as these pictured at Three Mile Hill, will incrementally increase their value for carbon credits as they mature. Photo by Stephen Jaquiery.
Dunedin City Council-owned City Forests is a step closer to its inaugural sale of up to $3 million of carbon credits - to a New Zealand buyer - and could clinch the deal by the end of February.

It has applied to sell the carbon credits of calendar years 2008 and 2009 and is hoping thereafter to further boost its bottom line with sales every year.

In December, City Forests completed its registration with the Ministry of Agriculture and Forestry (Maf) and may have more than 100,000 credits released to it by the end of the month.

"We're still waiting for final confirmation and [credit] allocation from Maf," he said, when contacted yesterday.

The cash boost from carbon credits will be a welcome addition to City Forests' bottom line to offset two years of poor results.

It reported an after-tax profit of $300,000 the last financial year and $1.4 million the year before, following some of the most volatile periods in recent years and a downturn for the forestry sector in general.

Mr Dodson said the carbon income from the first annual sales was not earmarked for acquisitions or capital forestry projects, but would be used for paying debt.

The internationally recognised credits are sold through New Zealand brokers to governments signed up to the Kyoto agreement and holding a balance of credits, or to overseas companies, excluding European companies.

In September last year, southern forester Ernslaw One sold more than $10 million of carbon credits to the Norwegian Government in what was believed to be the first international carbon credit sale by a New Zealand company.

Carbon credits, each equating to a tonne of carbon emissions, are traded domestically as New Zealand units but can be transferred to assigned-amount units for international trade.

Mr Dodson predicted City Forests would have more than 100,000 credits for sale, at a price ranging from $20 to $23 a credit, with expectations of a return between $2 million to $3 million, but said part of the sale agreement with the domestic emitter was covered by a confidentiality agreement.

"We have been in discussions with both domestic and inter-national emitters in recent months," he said.

About a third of its 16,100ha of forestry was eligible, under the Kyoto agreement, to produce carbon credits, but Mr Dodson said as trees grew it was expected they would gain an annual "incremental increase" as carbon sequesters.

"We're expecting to be in the position of having a number of sales over the next 10 years, dependent on supply and demand," he said.