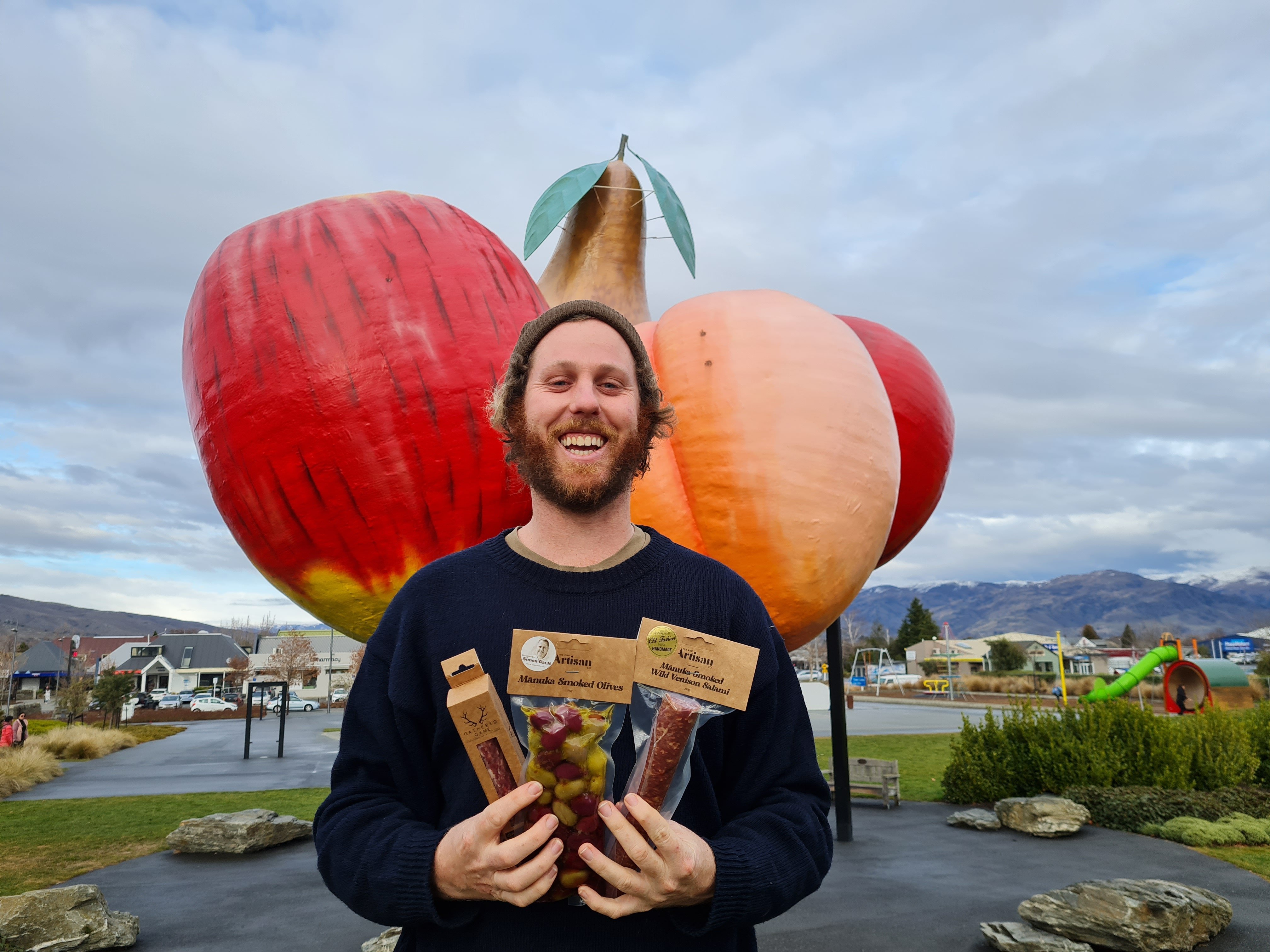 Now Mr Hart is working with New Zealand Trade and Enterprise on moving into Australia.

The manuka-smoked olives are processed at a Lumsden factory and will be available at Cromwell markets from August.

"He saw small batch artisans around New Zealand were struggling through loss of distribution and sales [because of the Covid lockdown]. They had all hit this point where they had no farmers’ markets available. They lost all form of income," Mr Hart said.

As they got to know more food producers, Mr Thorn and Mr Hart decided to create Kiwi Artisans Co, investigate local branding and help speed up distribution for products with short shelf lives.

"The olives are all Greek. We've tried with New Zealand olives, but they are too small, don't have enough flesh to hold the strong smokey flavour," Mr Hart said.

Things have now grown to the point where the Lumsden factory has created five jobs and Kiwi Artisans has created six jobs, Mr Hart said.

Mr Thorn, who has worked in Sydney’s banking industry, is in the United States exploring distribution networks.

In the future, Kiwi Artisans Co hopes to open a store and host "meet the makers" activities.

"The main thing for us is how do we foster the connections between consumer and maker? ... The problem for farmers’ markets, there’s just five hours a week that you can meet and engage with people," Mr Hart said.