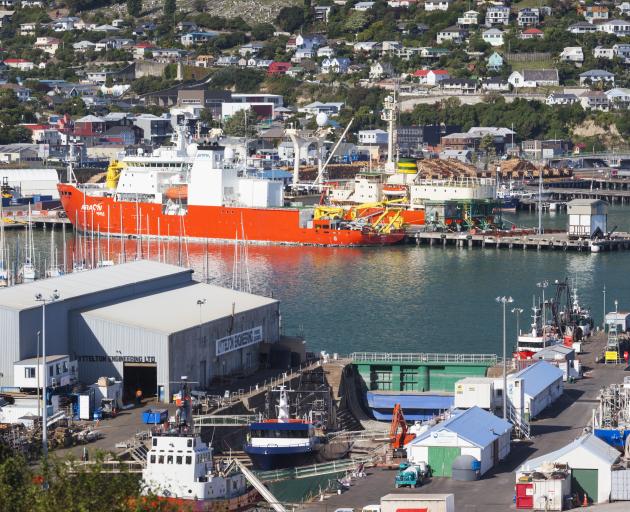 At Lyttelton Port Company, revenue rose 7% to $122million, but lagged behind the $126million flagged in its statement of intent, while net profit fell 16.6% from $14.4million to $12million.

Forsyth Barr broker Suzanne Kinnaird said Tauranga delivered a "strong result", in line with expectations, with its underlying profit gain of 123% driven by cargo growth of 11%.

"Port of Tauranga has recorded a second year of meaningful earnings growth, driven by cargo volumes," she said.

Volumes lifted across all major cargo categories, with export logs up 14.3% in volume and dairy products up 4%.

Mrs Kinnaird noted capital expenditure guidance of $60 million was ahead of expectations and was "cautious" that continued cargo growth would be sustained, and might decline in the financial year ahead.

Profitability was impacted by strike action, hiring additional staff in the container terminal to meet customer demand, and more investment in health and safety, he said.

The port company did not say whether it would pay a dividend to the Christchurch City Council.

It paid $8million in dividends in 2017, and had targeted a 2018 payment of $1million in its statement of intent.

Container volumes rose 5.7% to 424,560 TEUs and would have been higher, but industrial action in March and April reduced TEUs by about 10,000.

The company said yesterday it gained resource consents that would allow the infrastructure development required to manage the forecast doubling of Canterbury freight volume during the next 15 years.

"It was vital we obtained the resource consents that permit dredging of the harbour shipping channel to deepen and extend it, [and] the expansion of the container terminal land area at Te Awaparahi Bay," Mr Davie said.

These two developments were crucial for the port to grow Canterbury's trade.

The dredging programme meant larger container ships would be able to call at Lyttelton.

"At the same time we will expand the reclamation by 24ha and construct a new 700m container wharf," he said.