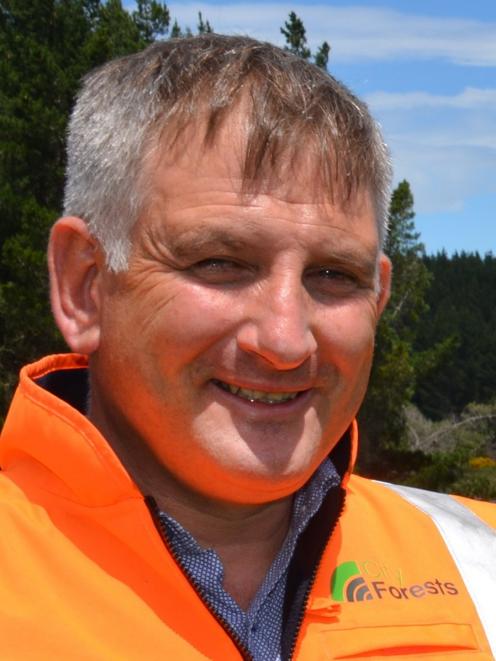 Grant Dodson
About 40 people working for City Forests have had work reduced as a result of the slowdown of getting logs into China, where the effects of the novel coronavirus are still being felt.

The Dunedin City Council-owned company said it was slowing down production as a result of a dramatic drop in demand for logs.

"There is a natural period where they’re going to have to work through that, I suppose.

"We are expecting fairly low demand and fairly depressed prices for the coming months, but the degree of recovery will be out of our hands."

He said about 40 workers on the production side were working four days a week and focusing on more difficult and slow-producing blocks of trees.

Those workers are employed by contractors brought in by City Forests.

Other parts of the business — such as land clearing — had not been affected.

Mr Dodson said he was grateful the company managed to get a shipment away before the coronavirus really took hold in China.

The company was working to maintain the supply chain, he said.

"So far we’ve successfully done that.

"They have had some interruptions to work ... but they’ve still been out there earning in a reasonable capacity."

A lot of workers were expected to go back to work in China next week, Mr Dodson said.

"It is expected there will be a reasonably slow start up as people build their confidence again and get back to work.

"The degree to which that start up happens will obviously have a major impact on demand and to the length of disruption."

Despite the slow going, Mr Dodson said the company had absolutely no plans to reduce staff.

"I’m optimistic that if we go forward six months we’ll be largely back to normal again.

"If you look at our business ... it’s a long-term business. It’s all about the people operating the forest and we’ve got no intention of decimating our workforce for what is a very short-term but unfortunate blip in the market."

The company was looking to South Korea more as an export market, while at the same time minimising production levels for China.

"We’re getting close to the point where we’ll need to get another shipment away, which will be a mixed shipment to Korea and China.

"We’re just in the process of negotiating the details around that now with our marketing guys.

The company was also continuing to supply the domestic market and increase its volumes there, Mr Dodson said.

He said China was effectively having a 10-month operating year, but it was part of the usual "volatility in the log markets".

"Both City Forests and its contract operations will be impacted by that. In the long term we’ve had many upturns and downturns," he said.