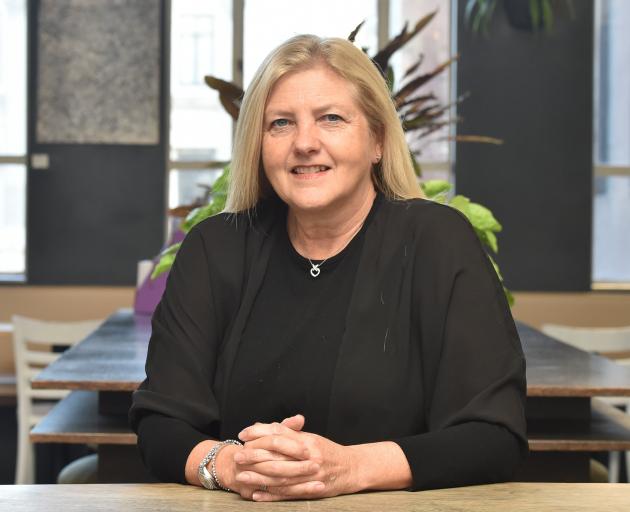 The a2 Milk Company deputy chairwoman Julia Hoare was in Dunedin this week speaking to the Otago Southland Branch of Institute of Directors. PHOTO: GREGOR RICHARDSON
Being on  a company’s board of directors is a big responsibility, especially during times of crisis, and  nobody knows that more than Julia Hoare. Riley Kennedy reports.

After a 20-year career as a partner at PwC New Zealand, Julia Hoare thought she had a lot to offer in the governance world.

During her career as a chartered accountant, she worked in areas outside her financial discipline, sitting on the Government’s review into the emissions trading scheme, and also set up and led PwC’s local sustainability and climate change services practice.

In 2012, Ms Hoare completed the Institute of Directors governance course in Queenstown and "it all began from there".

"Like anything, assuming you’re going OK on boards you’re serving on, you quickly get picked up for other boards," she said.

In her first year as a director, she joined the board of New Zealand Post, AWF Madison Group, and Watercare Services, which she stepped off after last year’s Covid-19 lockdown.

Ms Hoare is now deputy chairwoman of The a2 Milk Company and a director of Auckland Airport, Port of Tauranga and Meridian Energy.

She is also a member of XRB external reporting advisory panel and the Sustainable Finance Leaders’ Forum, and vice-president of the Institute of Directors.

She was in Dunedin this week talking to the Otago Southland branch of the institute.

Ms Hoare said along the way she had faced "really interesting challenges", one of them being the impact of Covid-19.

Over the past year, a2’s shares have lost 68% of their value, and earlier this week, the infant formula company cut its full-year forecast and revealed plans to destroy dated inventory after one of its key sales channels into the Chinese market known as the daigou market was shut down due to Covid-19.

When the pandemic hit, Auckland Airport was in the middle of a $1.2billion expansion project which is now on ice, and its profits were slashed as international travel was brought to a halt.

Ms Hoare said directors of any business had to roll their sleeves up during the pandemic.

It also changed the way boards operate "to a certain degree", she said.

"Over lockdown especially, many boards were dealing with businesses being closed depending on the type of work.

"Boards became much more than just a financial piece. You had workers at home wondering how they were going to pay their bills.

"The stress was really, really deep, so they had to think about the community impact.

"In terms of what that meant for us, we couldn’t meet in person so New Zealand was incredibly lucky to have access to fibre internet," she said.

The pandemic showed how important it was for boards to be able to meet face to face, Ms Hoare said.

In times of crisis, board members had to be fully committed to the companies they served, which could sometimes mean sacrificing personal time.

"When you’re on board, you are there in a governance role and that is really important — you’re there to ask those difficult questions of management.

"So you need to be available, you need to be there in partnership with the company — if that means you give over personal time because of that, that comes with the territory.

"So I have no issue with putting a company first when it needs it," she said.

Independent directors often took on a lot of directorships to make sure they were still making a living, which meant people did not have a lot of time, Ms Hoare said.

"I think that is an issue because when a crisis hits, how do you ensure you have enough time to devote to a company?

"It is a real dilemma and something we need to think about."

Having diverse range of people around the board table was also something Ms Hoare believed is key when a crisis hits.

"In a governance role you need that diverse range to be able to think things through, that will include a genders, age, ethnicity so boards need to be looking at that and asking themselves what are they doing about it," she said.