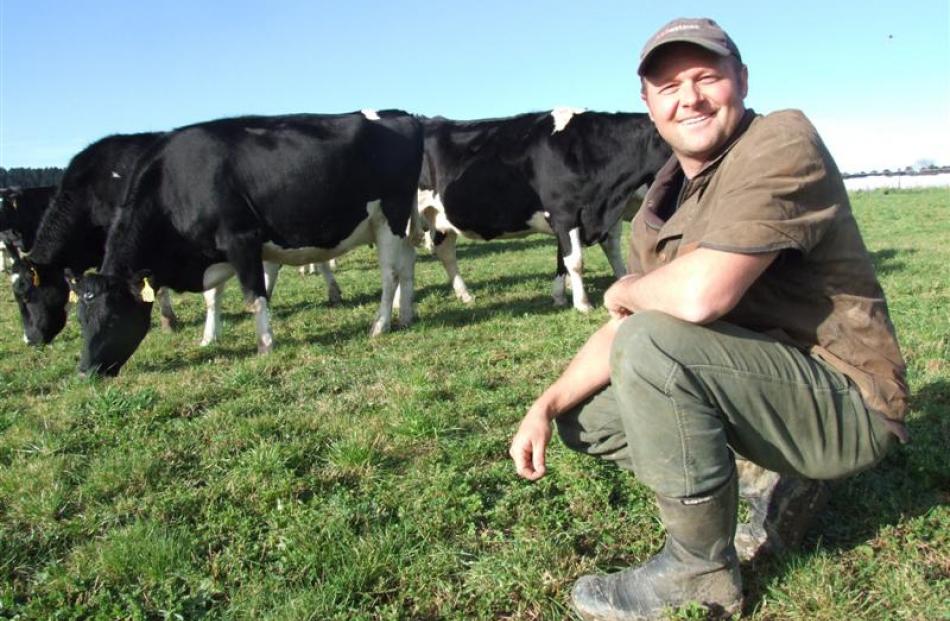 Do not sack Fonterra's leadership - that is the message from one Otago dairy farming industry leader.

Hundreds of jobs are likely to go as part of a review of the dairy giant which began last December.

Fonterra has been in the spotlight this year, amid falling global dairy prices and declining payouts for suppliers.

The timing of it should not be misconstrued, as he did not think it should be associated with the low payout.

Rather, it was something he expected the co-operative to also be doing ''at an $8 payout''.

All businesses - whether farming or Fonterra - needed to look critically at their operation and any unnecessary costs.

Asked whether he thought those at the top should go, Mr Strang said that would be a ''knee-jerk reaction''.

Much of what was happening in the global dairy industry was outside the control of Fonterra's management.

''When the payout goes down, everyone looks for a scalp. I don't think that's the right approach. We need to back our management, back our strategy,'' he said.

Mr Strang believed that if Fonterra stuck to its strategy, then the benefits would be realised in the longer-term.

He believed Fonterra was lacking in its communications, and suppliers had been told to expect better.

They needed to engage more with shareholders, he said.

Fonterra, the world's largest dairy exporter, only told staff about the possibility of hundreds of jobs being cut several hours after chief executive Theo Spierings told media earlier this week.

Mr Spierings faced the media after widespread conjecture over a review under way and the involvement of business management consultant McKinsey and Co, and criticism over the co-operative's underlying management performance.

He said hundreds of jobs were likely to go as part of the review begun last December though the final numbers were still being worked through.

Fonterra employs 18,000 staff globally, 11,500 in New Zealand. A staff email reaffirmed the prospect of job cuts, without quantifying how many.

The email also outlined why Mr Spierings had commented to the media ahead of talking first, as promised, with its staff and farmer shareholders on anything relating to the review.

It is understood his rationale was that there had been too much public conjecture circulating that he wanted to correct.

Fonterra said Mr Spierings had already told staff about the prospect of job losses during regular global conference calls that any worker can dial into.

It was first raised in March after the weak interim results were released and Jacqueline Chow was appointed to the new role of chief operating officer - Velocity, tasked with boosting performance across the co-operative and driving value-adding strategy harder.

This week's media comments were the first time Mr Spierings had put any figure on the likely number of layoffs and where they might occur.

Ms Chow said the question of redundancies has come up on several occasions during the open question-and-answer sessions that form part of the global all-staff calls.

''Management has always responded as openly as possible and have made it clear that everything is in scope''.

''Our business review will result in us becoming leaner. We can't quantify what this will mean until the [staff] consultation process ... is complete,'' she said.

Mr Spierings said the bulk of the job losses were likely to be support functions at the Auckland head office and elsewhere.

''It's a shift of people and capabilities - and that will have some consequences,'' he said.

''We're not talking tens of people but hundreds of people and having less in support functions and more in market.''

Fonterra's farmer suppliers have made no secret that with the global decline which has resulted in dairy prices tumble in the past year and virtually halved the co-operative's forecast farmgate milk payout this season, that some of the support function roles fell into the ''nice-to-have'' rather than necessary category.

There had also been concern expressed about the 17 people within the group earning more than $1million a year, although Fonterra said that was down from 29 five years ago.

A plan from the management team leading the review will go to the Fonterra board next week and the final detailed plan would be introduced from August, Mr Spierings said.

''Fonterra is crucial to farming in New Zealand and our wider economy. Its chief executive must be responsible for what has been a chaotic response to the challenges facing the dairy industry.

''Our farming sector needs Fonterra to get back on course. A voluntary pay cut will send a strong message that Theo Spierings is serious about righting the ship,'' he said.

Mr Spierings has a remuneration package of about $3.5million.