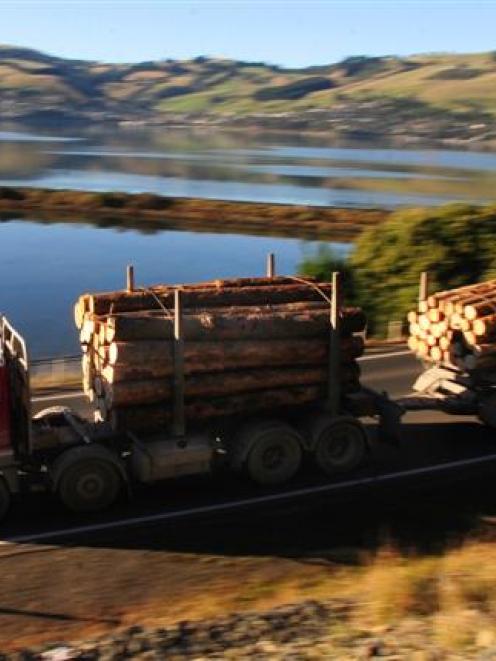 Log prices in the early part of last year reached a low point of $NZ121 a JAS cu m in the key Chinese and Korean markets, but has peaked in recent weeks at $200 a JAS cu m.

City Forests chief executive Grant Dodson said the benefits of the hike in prices were flowing through to forestry and logging contractors who were busy, plus also flowing to Port Otago.

It was reported earlier this year that the log exports through the port could double this year, with 200,000 cu m of logs passing over the wharf in the first six months of the financial year, compared to 240,000 cu m for the entire previous financial year.

Mr Dodson agreed with Forest Owners chief executive David Rhodes, who said last week that the international balance of supply and demand appeared to be moving in favour of forest plantation owners.

Mr Rhodes said on his return from an international forest and wood products conference in Japan, that large areas of natural forest were being protected in reserves and national parks, while international pressure on illegal loggers was having an effect, with such products harder to sell.

"Meanwhile, there is growing demand for products that are renewable and recyclable."

Demand was also being driven by the world's burgeoning population, especially growing middle classes in India, China and parts of Asia, as well as by forestry's role in addressing climate change.

Mr Dodson said City Forests intended increasing its planting this winter, from about 400ha to 500ha.

All of that was on land that had previously been logged, but in recent years he said forestry companies had become more selective and tended to avoid fringe areas when replanting.

Those areas would be planted this year.

City Forests will this winter plant Douglas fir, pinus radiata and some macrocarpa.

There was some confidence within the industry that it had turned a corner, said Mr Dodson, and that current price levels could be sustained for some time to come.