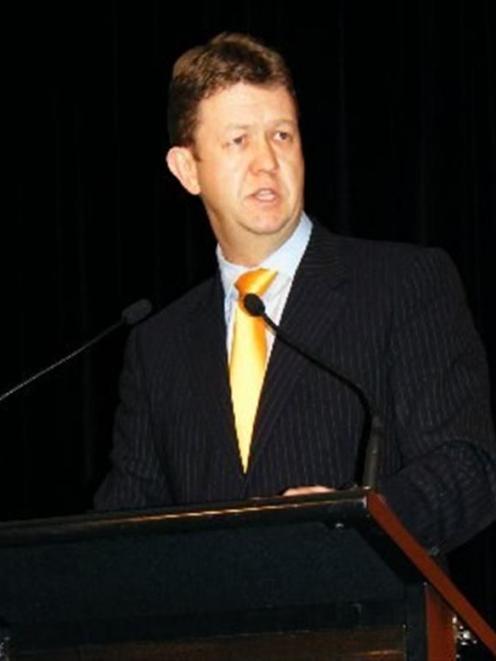 "People can't do without bread, cereals, milk, cheese, eggs, meat, poultry and fish" - Labour MP David Cunliffe
New Zealand families were having to make the devil's choice between putting food on the table, taking the children to the doctor or putting petrol in the car, Labour Party finance spokesman David Cunliffe said yesterday.

"Today's inflation realities, coupled with Finance Minister Bill English's apparent celebration last week of a low-wage economy, will prove to be a toxic combination for Kiwi families," he said.

The only good news was that inflation was lower than economists had forecast.

The surprise was in much weaker-than-expected tradeable inflation which increased only 0.5% in the quarter.

Excluding the increase in fuel prices, tradeable inflation would have fallen 0.9% - even lower than the high level of the New Zealand dollar would have suggested.

The lower tradeable number reflected a substantial amount of discounting in major household items in the face of weak demand.

That was evident in lower prices for furniture, audio visual equipment and second-hand cars in the quarter.

Mr Cunliffe said the 4.5% inflation figure reinforced how increasingly tough it was becoming for struggling families to afford the basics.

Prices were rising in areas like food and transport, where families could not afford to cut back any more.

National's increase in GST, and the blind eye it was turning to increases in key foods like dairy, showed how increasingly out of touch it was with real life for most New Zealanders, he said.

The increase reflected the flow-on effects of increases in international soft commodity prices flowing through the retail level, particularly meat and dairy products.

"We expect food and petrol prices will remain the key inflation themes over the remainder of 2011."

Non-tradeable inflation increased 1.1% with the increase in the tobacco excise tax making up 0.4% of the increase.

Ms Leung said the weaker-than-expected result had taken out some of the New Zealand dollar's recent strength. The dollar slipped US0.05c about an hour after the CPI release.

The Reserve Bank would be "very comfortable" with the inflation figures, given they were broadly in line with its March monetary policy statement forecast.

"Weak domestic demand and the high New Zealand dollar is keeping the price of imported consumption goods low. Businesses have indicated in recent surveys the increased difficulty they have had in increasing prices, despite expectations of rising costs," she said.

Economists are starting to diverge in their expectations of the next official cash rate hike by the central bank.

ANZ-National Bank chief economist Cameron Bagrie is forecasting a hike of 0.25% in December with a gradual path of policy tightening thereafter.

"Despite the headline inflation rate being in line with March projections, future inflation does not look as benign. As the year progresses we believe it will become obvious that a 2.5% OCR is not sustainable given the inflation outlook."

Speaking before the CPI release, Prime Minister John Key said there were some things the Government could not control such as violent fluctuations in food or petrol prices. What it could do was make sure it took some pressure off the system.

"So by controlling our expenditure, then we take the pressure of the Reserve Bank governor [Alan Bollard]. In turn, it's less likely that he will increase interest rates," Mr Key told TV One's Breakfast programme.

"That is a big deal, because if you go back to, say, when we came in, the floating rate was over 10% for your mortgage. If you borrowed a couple of hundred thousand dollars on your home, the difference between that and what you're paying today is $200 a week less."