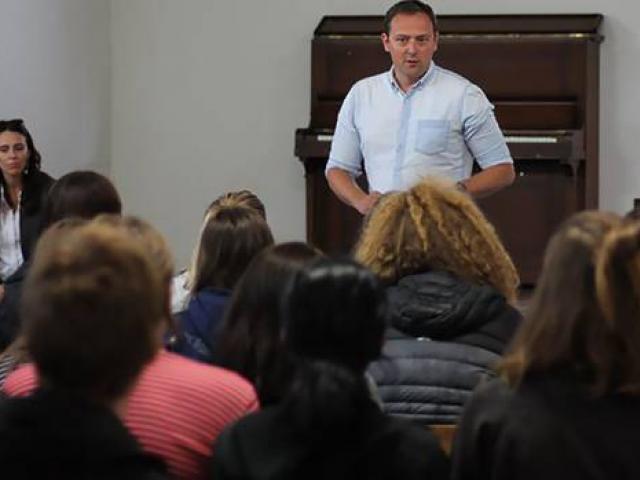 A woman has complained to Labour's general secretary Andrew Kirton about another sexual assault at a different event to the youth camp incident from last month that involved four 16-year-olds.

A Federated Farmers-organised protest against "continued attacks" on rural New Zealand will be held in Jacinda Ardern's hometown in the final week of the election campaign.

Labour leader Jacinda Ardern has announced plans to expand RNZ into a non-commercial television service, as well as digital and radio, saying New Zealand needs something akin to Britain's BBC and the ABC in Australia.

A Labour-led Government would ban foreign purchases of New Zealand property "by Christmas", leader Jacinda Ardern told her supporters at a rally in Wellington this afternoon.

Labour leader Jacinda Ardern has ruled out a land tax on the family home.

Labour has set out plans to plough an extra $2 billion into tertiary education as sweeteners to students.

Jacinda Ardern says she is about to "run the campaign of our lives" as the newly elected Labour Party leader looks to resurrect the party's flailing poll results.

Labour hopes to reduce the practice of schools asking for so-called ‘‘voluntary donations’’ from parents by giving schools that drop the practice an extra $150 per pupil at an estimated cost of $17 million.

The regions of New Zealand were feeling neglected, undervalued and left behind, and as a country, New Zealand would not thrive until those feelings were turned around, Labour finance spokesman Grant Robertson said yesterday.

Grant Robertson demonstrated yesterday he is a fast learner.

Education versus the economy yesterdaybecame what could be a defining election theme following a hard-hitting speech by Labour Party leader David Cunliffe.

A change in the Labour Party leadership to Grant Robertson would have benefits for the two Dunedin MPs, Clare Curran and David Clark, both of whom were strong supporters of Mr Robertson in last year's leadership round.

This has been by far the best week for Labour this year, due in equal parts to the Maurice Williamson scandal and Labour's own good management of an important policy.
Labour list MP David Parker took a potshot at the Government and Dunedin-based Cabinet minister Michael Woodhouse at Waitangi Day commemorations at Otakou marae yesterday.

Regional centres such as Dunedin are suffering, and Labour is taking their plight seriously and will revitalise them, Labour leader and regional development spokesman David Cunliffe says.