'No-one should be left behind' - Robertson 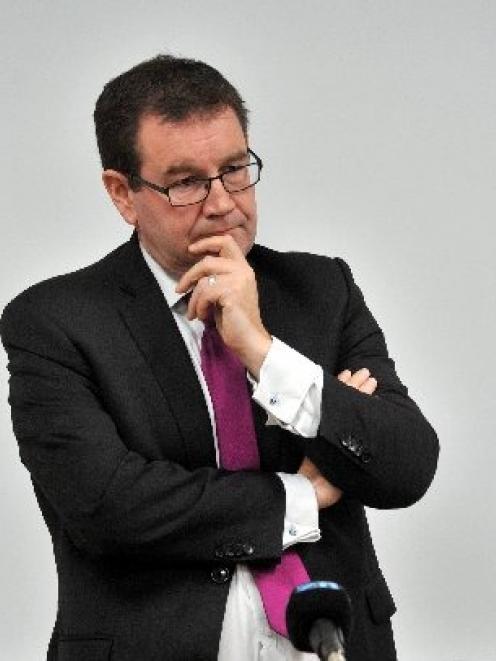 In his first major speech as finance spokesman, Mr Robertson told about 30 people at the Otago Chamber of Commerce meeting in Dunedin there was much to be concerned about with regional inequality. The ''two New Zealands'', as articulated last year by rating agency Moody's, was now a tale about the fortunate few and the rest.

The people of Pine Hill, Putararu or Palmerston North needed a prime minister and a government who backed them just as much as those in his own neighbourhood, he said.

In a well-crafted and thoughtful speech, Mr Robertson took time to highlight four areas he believed should be the focus of the Budget next week and should have been the focus of the previous six Budgets.

Showing how the New Zealand economy would diversify and develop to ensure the country was not so reliant on global commodity prices was top of his list.

It was not only about dairying. He was also concerned about the piles of raw logs being sent overseas for someone else to add value to before selling them back to New Zealand.

Investment was needed in sectors such as ICT, high-value manufacturing, wood processing and biomedical science.

The Budget should also show a commitment to invest in regions. While Auckland had its place as the largest city, wealth and lifestyle wanted by future generations would not be generated with such a focus on one region.

Taking the steps to make housing affordable for all New Zealanders should also be part of next week's announcement, he said. The Reserve Bank could try to deal with some of the demand issue but the Government could not outsource housing policy to the bank.

Finally, the Budget should be investing in the future wealth and wellbeing of New Zealand through education and training to prepare for a new economy.

There needed to be a greater focus on ensuring young people were receiving quality careers advice and schools were supported to partner with business and tertiary providers to give them the best guidance on their next steps.

''I got a wonderful start in life growing up in this city. I didn't feel my chances in life were any less than someone who was growing up in Auckland. My vision is for an economy that provides the opportunities I had to all our people.''

''We have so much going for us in New Zealand, no-one should be left behind.''