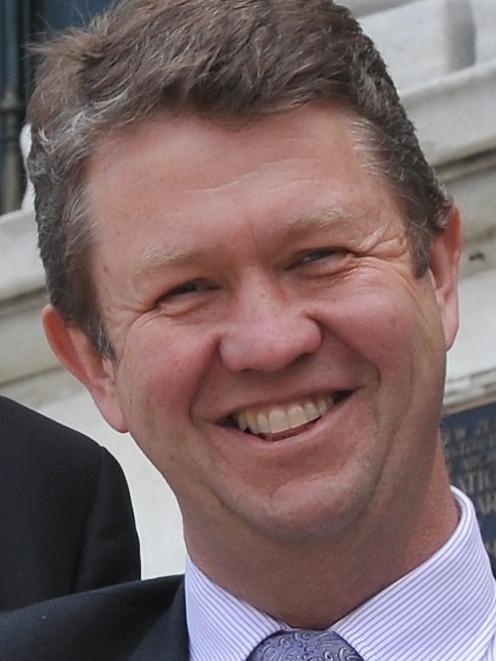 David Cunliffe
Regional centres such as Dunedin are suffering, and Labour is taking their plight seriously and will revitalise them, Labour leader and regional development spokesman David Cunliffe says.

The party's caucus held a day-long meeting in Dunedin on Monday, and split into groups to visit organisations and businesses yesterday.

By combining Dunedin's manufacturing and education strengths they exemplified the city's ''new economy'' of high-value products, which was a model for the wider regional economy.

''They've presided over the destruction of Hillside workshops, now they're destroying Invermay, and I don't blame Dunedinites for feeling like they are a lost tribe wandering in the wilderness, because the current Government is doing nothing for them.''

Regional development had risen on the party's policy agenda, although Labour had not neglected it previously. Regional growth rates were ''much'' higher under the last Labour government.

''You can safely assume [regional development is] more central to our manifesto because it's being led at leader level,'' he said.

Mr Cunliffe is determined to win back the Dunedin South party vote next year, which in a ''very unusual'' result was taken by National in the 2011 general election. He also wanted to improve the party's showing in rural Otago and Invercargill.

He did not accept areas like Dunedin should be subject to the Reserve Bank mortgage restrictions brought in to try to control the housing market.

Mr Cunliffe said Otago's ''affordability problem'' should be addressed through higher wages, but house price inflation - 3.9% in Otago last year - indicated it did not have an inflation problem.

Some wage rises would come from his desire to introduce a living wage of $18.40 an hour for all Government employees, and Labour's $15 minimum wage promise.

Asked about the health sector, where many workers were outsourced to private providers and paid little more than the current minimum wage of $13.75, Mr Cunliffe said he would like to see a living wage across the whole health sector, but it would be introduced gradually.

He would like to see living wage employers favoured for government contracts, and acknowledged this could mean funding increases for district health boards and the like.

The Trans-Pacific Partnership agreement was a potential risk to the regional development that Mr Cunliffe would like to foster. However, Labour might support the deal, depending on its detail, which was being kept secret.

''We are challenging the Government to put more information into the public domain so that New Zealanders can make a fair-minded decision.''

He said Dunedin company Donaghys Industries was potentially affected by any changes to patent law that favoured multinational companies.

''That intellectual property area is one that we need to watch very closely in the TPP negotiations. The grave risk is by the time we all get to know about it, we may not have any real choice to change it.''

Labour planned to lift the top rate of personal tax, which is 33c in the dollar at present, but was ''unlikely'' to match Australia's rate of 45c.