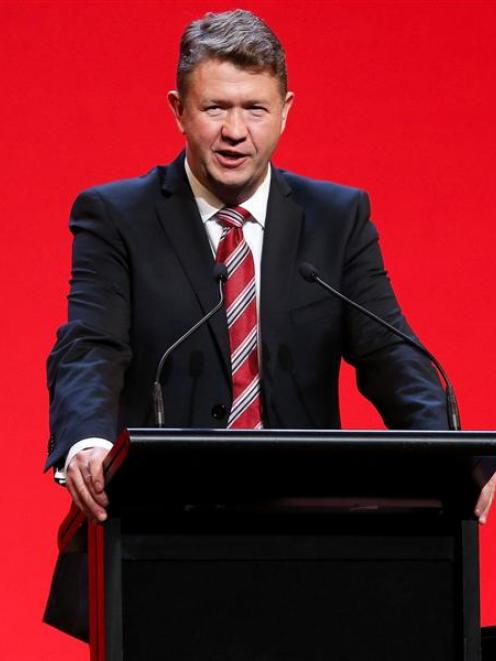 David Cunliffe
Education versus the economy yesterdaybecame what could be a defining election theme following a hard-hitting speech by Labour Party leader David Cunliffe.

In a range of policy announcements which are sure to resonate with many parents, Mr Cunliffe promised Labour would reduce class sizes by employing 2000 more teachers.

''This will help all our kids get a world-class education.''

The policy would reduce secondary school classes sizes from 26 pupils or more per class to just 23. Year 4 to 8 classes would reduce from 29 to 26 pupils, he said.

The increased teacher numbers would be funded by cancelling National's Investing in Education policy worth about $359 million, he said.

Mr Cunliffe said it was a better use of New Zealand's education resource to increase the number of educators and make sure they received the best training possible rather than more money for performance pay and part-time principals - two policies adopted by the Government.

''That's backed up by a wealth of academic evidence and it's something parents know instinctively. One of the best things we can give our kids is more one-to-one time with their teachers.''

At the National Party conference the previous weekend, Prime Minister John Key focused his remarks on the economy and released a policy pledging $212 million for roading improvements in the regions.

Labour would build partnerships with the regions, businesses and communities, he said.

National would not admit the so-called recovery was only Canterbury rebuild insurance cheques and dairy exports.

• Year 5-13 pupils to have access to a portable digital device, in the classroom and at home.
• Raise standards of entry into teaching profession.
• Commit $25 million to provide teachers with professional development during the 2016 and 2017 school years.
• Reduce class sizes by funding 2000 more teachers.
• National Standards thrown out.