Grant Robertson demonstrated yesterday he is a fast learner.

After failing to win the Labour leadership contest last year, Mr Robertson reinvented himself to become a finance spokesman who could reach the standards set by former Labour finance guru Sir Michael Cullen.

In his first major speech before a business audience in Dunedin yesterday, Mr Robertson showed he was open to new ideas and suggestions. While criticising Prime Minister John Key and the Government for a hands-off approach to the economy, the creation of jobs and Auckland's housing issues, the Wellington Central MP also started offering some hints of where Labour may look in future to gain support.

In question time, he importantly acknowledged the significance of the agricultural sector but felt there was also an opportunity to build on the success and strength of agriculture through the diversification of the economy into further processing of the raw materials. He expressed concern New Zealand logs were being sent overseas for processing before returning as products Kiwis bought. And he is not averse to public-private-partnerships (PPPs), despite saying he felt uncomfortable about those partnerships in some cases.

However, if the regions wanted those partnerships, then Labour needed to listen. And perhaps a wood processing plant set up within a particular region with help from central and local government, alongside a private investor, would work.

Labour rejected the ideas of picking winners from already established companies. Instead, a broad-based regional development programme would be judged on a business-by-business model.

There was no point hoping regional development would happen, he said. 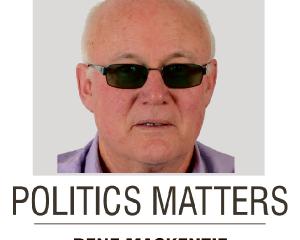