Economic plans a few days away 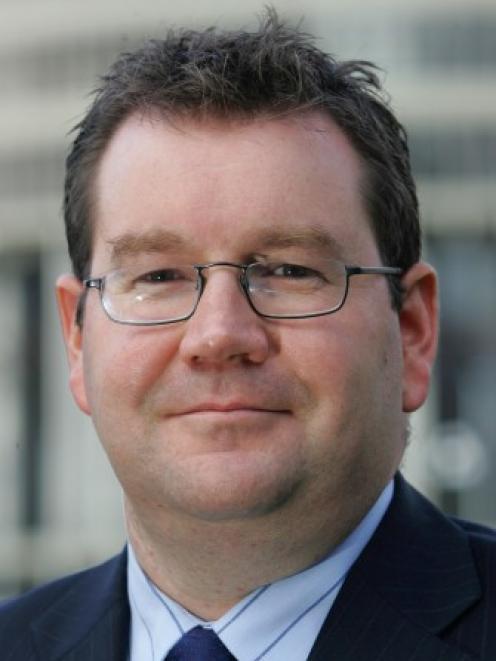 Grant Robertson
The business community has a few more days to wait to learn more about the Government's plans on the economy, boosting infrastructure investment, skills training, and research and development.

It would also ensure businesses facing genuine skills shortages would be able to access skilled migrants to fill those gaps through a more targeted immigration system.

Mr Robertson will speak at the Auckland Chamber of Commerce next Monday, before the Treasury's latest forecasts for the Government's finances and the economy three days later.

The Government would also release a Budget Policy Statement at the same time, highlighting priorities as the Government worked towards Budget 2018, he said.

The Treasury released the Government's financial statements for the four months ended October 31 yesterday, which showed an operating balance before gains and losses (obegal) was a deficit of $308million, higher than the October forecast deficit of $217million.

The statements have gone from rising surpluses to deficits in the past few months.

The Treasury said the obegal could fluctuate from month to month, as the recognition of tax revenue did not happen uniformly through the year while expenditure was ''fairly static'' on a monthly basis before peaking in June.

As a result, it was not unusual for the obegal to be a small surplus or deficit in the first part of the financial year.

Of note was the operating balance, including losses and gains from investments made by the Government Superannuation Fund and ACC.

The operating balance was a surplus of nearly $2.1billion, ahead of the forecast surplus of $1.36billion.

Core Crown tax revenue was $24.2billion for the four months to October. Corporate tax was $200millon ahead of forecast and customs and excise duties were behind forecast by $100million.

Commenting on the financial statements, Mr Robertson said net core Crown debt was 22.9% of GDP at the end of October.

The Government had committed to a responsible target of reducing net debt to 20% of GDP within five years of taking office.

''This is two years slower than the previous government and is essential for investing in key areas such as health, education and housing as we look to close the social and infrastructure deficits which have appeared in recent years.''

''I look forward to further engaging with the business community on this Government's plans,'' Mr Robertson said.

Otago-Southland Employers Association chief executive Virginia Nicholls said the Government's decision to increase construction skills training was welcome, and she looked forward to hearing more details of how it would be advanced

''It's also reassuring to know that businesses facing skills shortages will still be able to access skilled people from overseas.

''The need to invest in more infrastructure is quite pressing and business would like to see the Government get more value from taxpayer funding through advancing key infrastructure projects by way of public-private partnerships.''

The Government's engagement with business in those key areas was positive, she said.