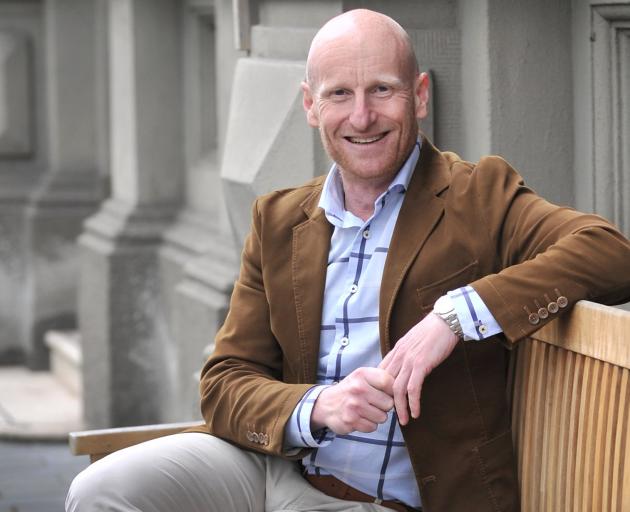 Platinum Recruitment director Dean Delaney, of Dunedin, believes businesses have to be innovative to attract talent in the current market. PHOTO: CHRISTINE O’CONNOR
‘‘The war for talent.’’

That is the phrase Dunedin recruiter Dean Delaney uses to sum up the labour market.

Stats NZ released its labour market figures for the September 2021 quarter yesterday, which showed unemployment had hit its lowest rate since before the Global Financial Crisis in 2008.

The official unemployment rate had fallen sharply to 3.4%, down from 4% last quarter.

That was also down from last September’s rate of 5.3%.

Mr Delaney, who is director of Platinum Recruitment, spoke at a Business South event yesterday about the challenges businesses were facing with the labour market, which included shortages.

‘‘Every organisation across every sector [is] struggling to find talent because it is such a competitive market,’’ he said.

Speaking after the event, Mr Delaney said the power base of the market had changed and employers, rather than prospective employees, were now the candidates.

The war for talent had been starting to evolve before Covid-19 but the pandemic had ‘‘escalated it dramatically’’, particularly with closed borders cutting out the migrant workforce.

People were also not wanting to move jobs, fearing for job security, which was also putting pressure on the market, Mr Delaney said.

People felt safe with their current employers because they had been through two lockdowns with them and would most likely be safe in another.

‘‘It is the unknown. The new job may look like a great opportunity but they might think it is a case of last cab on, first cab off, if the company had to restructure, so people are staying put and are not entertaining a move,’’ Mr Delaney said.

That was flowing through to a ‘‘dramatic drop’’ in the number of applicants for jobs, and openings that might usually have received 80 applicants were now only getting four, Mr Delaney said.

To attract applicants, organisations could not simply use the same template they had been using for the past 10 years.

He believed they needed to be more innovative, particularly by promoting their health and wellness initiatives and the flexibility they could offer.

That was what applicants wanted to see, he said.

‘‘It is not necessarily about the job itself, it is about the organisation and how an individual fits into that,’’ Mr Delaney said.

There were also good numbers of people wanting to relocate to Dunedin for the right job but housing stock was starting to become an issue.

‘‘We’ve lost candidates because they can’t buy a home here. We’ve never seen that before, but we are starting to see it,’’ he said.

Yes, this is a problem. However, employers need to look at their own attitudes with increasing ageism discrimination in their hiring decisions. Wake up to the wealth of skills and experience in senior workers.