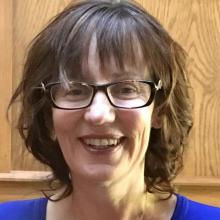 Virginia Nicholls
A Bill partly driven by concerns over worker exploitation is ignoring the fact some work is by definition short-term in nature and cannot be economically fulfilled by permanent workers, employers say.

The Triangular  Relationships Bill is due back in Parliament on September 21.

Triangular relationships describes situations where a worker is hired by one employer but works for another. Labour hire is seen as the classic example.  In the proposed Bill, workers employed by one employer but working under the control and direction of another business or organisation, would have the right to coverage of a collective agreement covering the work being performed for the client organisation.

The Bill could be partly driven by concerns some workers had been exploited by poor treatment by the secondary employer.

"We do not support exploitation of any kind. However, existing law already provides minimum standards sufficient to address these cases."

The Bill ignored the fact some work was now by definition short-term in nature, she said.

The use of temporary labour sourced through labour hire or some other agency was  prevalent  in industries such as construction, manufacturing, horticulture, viticulture, event management, entertainment, tourism, hospitality, restaurants and retail,  Mrs Nicholls said.

It was also common in office environments and for hiring nurses in the health sector.

Those industries were  characterised by a need for at least  part of their workforce to be short-term, often  short-notice, employees.

Seasonal or event-based needs, or the need for extra staff to cover a specific contract or project, or temporary absences from work, dictated the level of workforce needed at a given time, she said.

Nurses were sometimes sourced through agencies to cover shortfalls. Agency nurses could get higher wages than "normal nurses".

"The cost of in-sourcing such work is high and more than likely to be unsustainable in the longer term.

"Rather than having to set up and maintain the staff and systems necessary to manage temporary staffing requirements, there are major benefits to productivity and long-term sustainability for companies with fluctuating labour needs to manage these centrally through labour hire or similar agencies."

There were other situations in which workers might be engaged by one employer to work for another. They included maintenance workers in permanent employment with their own employer whose  working life consisted of moving from one maintenance contract to another, Mrs Nicholls said.

Those workers were also caught by the Bill’s provisions.

A highly paid trades person working for an engineering firm  who was deployed to a dairy factory during a maintenance period would be an employee of a primary employer working for the benefit of a secondary employer, just as much as an office temp employed by a agency and hired out to a law firm to cover an absence.

Similar risks were apparent in  horticulture and viticulture, both of which relied on seasonal labour, often sourced through recruitment agencies, to pick produce and prepare it for sale.

Workers affected included those recruited under the Regional Seasonal Employment scheme that offered work to Pacific Islanders each year, she said.

The Bill  would add costs that must be passed on to customers. When added to the effects of the already-announced increases to the minimum wages, the increased costs inherent in the Bill’s provision were almost certain to increase job losses, Mrs Nicholls said.

The purpose of the Triangular Relationships Bill is to ensure employees employed by one employer but working under the control and direction of another business or organisation, are not deprived of the right to coverage of a collective agreement, and to ensure that such employees are not subject to a detriment in their right to allege a personal grievance.