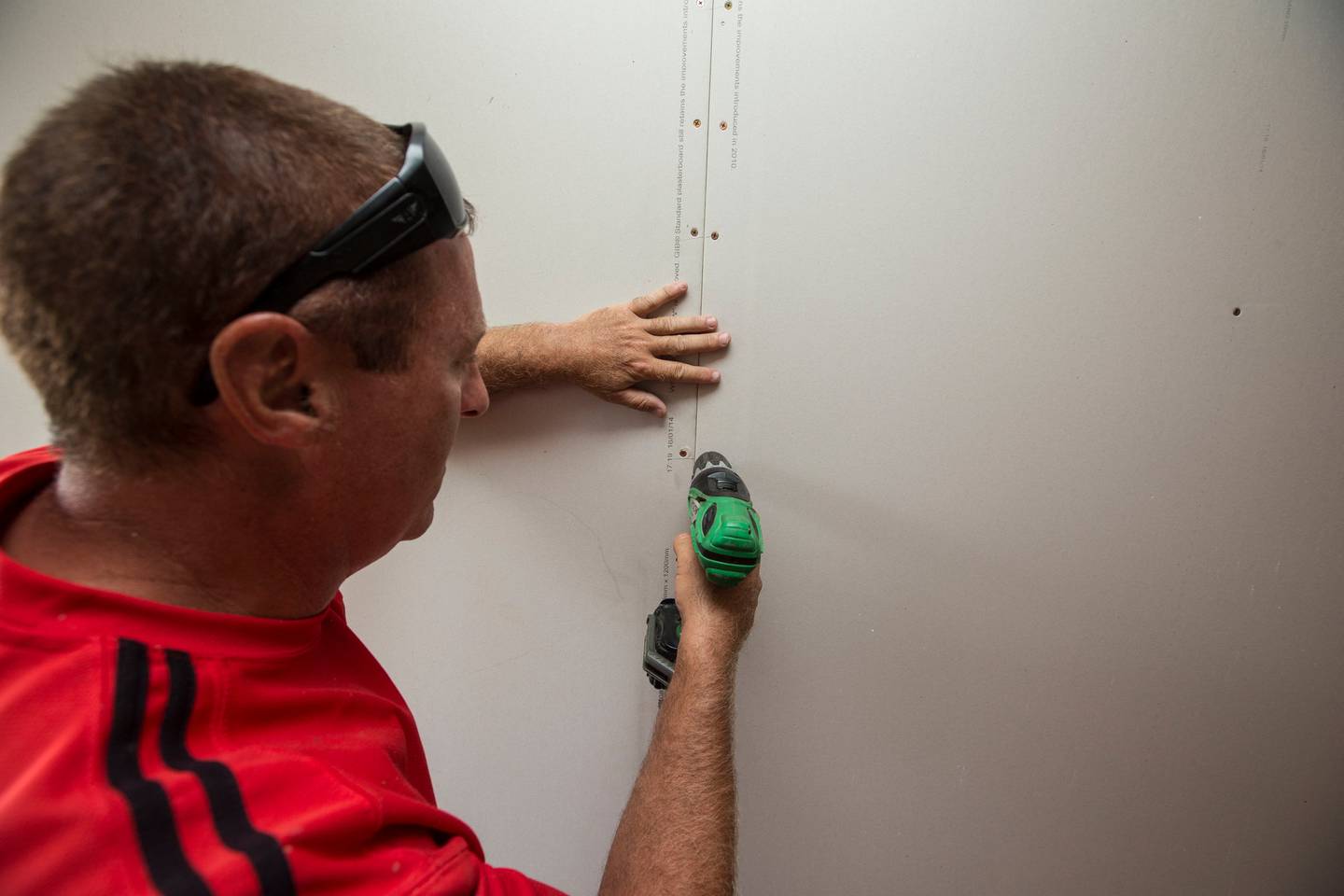 Gib board is in short supply but a Fletcher subsidiary got it early. Photo: Michael Craig
A Fletcher Building chief says "an error" caused Gib to be delivered early to a subsidiary's Christchurch site, well before it was due.

Winstone Wallboards controls around 94 percent of the country's plasterboard, which is in such high demand that deliveries are restricted to sites ready for it.

But a Fletcher house-building subsidiary at Greenstead, Lincoln, got Gib well before the close-in and roof-on stage, flouting its own rules.

"We are aware that one of our Fletcher Living developments has received their Gib plasterboard order before some of the homes were ready for installation," a Fletcher residential development spokesperson said.

"Unfortunately, the delays to the development's build weren't communicated to Winstone Wallboards as per Fletcher Living's standard procedure," the spokesperson said.

The company blamed miscommunication, saying it was nothing deliberate.

"This was an error [that] should not have occurred especially given the current supply constraints. We have firmly reiterated the correct process to our team and Winstone Wallboards have made it very clear, that they require us to confirm our sites are ready for plasterboard installation ahead of all future deliveries."

The timelines for the project indicated the homes should have been ready when the board arrived.

But delays in earlier trades meant some of the homes were not yet ready for plasterboard.

Winstone Wallboards should have been informed that the full order was not required but the communication didn't occur as it should have done, the company said.

Commerce Minister David Clark said the Government wanted to look at "how we can lay the foundations for a more competitive building sector".

Fletcher is trying to ration Gib via Winstone Wallboards only delivering to sites that are ready for plasterboard to be applied.

Fletcher's three-pronged strategy to resolve the Gib shortage is to increase production to run 24/7 at Penrose and in Christchurch, limiting supply and building a $400m Tauriko factory.

A video published on other media yesterday showed piles of plastic-wrapped plasterboard stacked outside several houses without exterior cladding or roofs.

An article quoted the filmer as a Canterbury builder saying the apparent stockpiling was a "piss take".

That same builder had been unsuccessfully searching for 12 sheets of plasterboard when he saw the Gib at Lincoln behind unlocked gates.

The New Zealand Herald has reported demand for Gib is soaring amid a nationwide shortage of building materials with New Zealand's major plasterboard manufacturer saying orders for the product are up 10-fold on last February.

A builder told NZME in April of a single sheet usually valued at $35 was listed for $184, while five Gib Aqualine sheets on Trade Me had a starting price of $1050. The seller reported a member for abusive messaging about the price.

The message to the member from the seller said: ''I bought this Gib last week on trade me on TUESDAY...and did not pay $50 a sheet like it was months ago...I have kept what I needed and selling rest, I purchased multiple auctions on Tuesday to get what I required."