All agree water is precious but ... 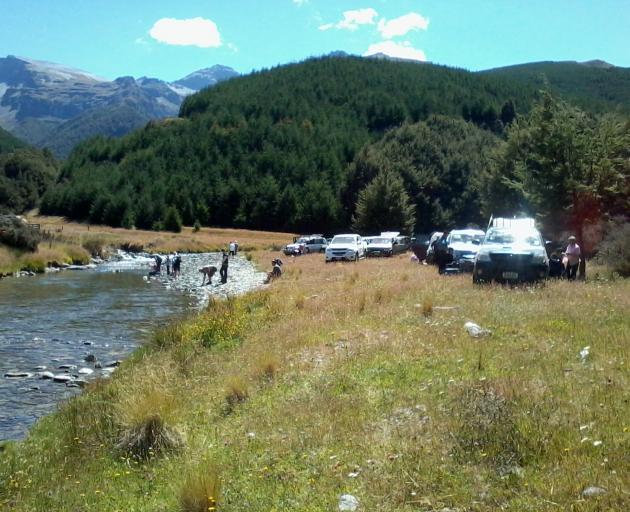 Candidates have different solutions for how we can protect our waterways. Photo: Allied Press Files
Water is a hot topic for Clutha-Southland candidates this election and all want to see improvements made going forward.

Greens candidate Rachael Goldsmith said the time for action was now, in regards to water quality.

''Saving our waterways isn't about destroying the farming industry.''

Farmers had done a lot of work in regards to waterways, and she encouraged them to continue their good work and to lead the way, she said.

The Greens would immediately institute a water levy on water exporters, she said.

''But we understand that domestic primary industry needs are diverse and complex, so we'll be consulting with industry stakeholders to gauge what's viable before instituting any domestic water taxes.''

Conservative Party candidate Lachie Ashton said there was clear evidence water quality in our rivers, lakes and estuaries had deteriorated to the point where the biodiversity and quality of our waterways was in grave danger.

''This has been brought about by a number of factors including hydro-electric power generation, agricultural development, including irrigation, invasive weeds and pests, local and international tourism, flood protection work, urban pollution, illegal dumping and stormwater run-off from roads and properties.''

The party did not support an irrigation tax, but the country needed clear goals and a united approach, backed by science and research to repair, protect and maintain waterways in good health, Mr Ashton said.

''We believe we will achieve much more by working with farmers to improve water quality through putting into practice what is known to work and investing in research and development to find new ways to solve our environmental problems.''

Labour candidate Cherie Chapman said everyone wanted New Zealand's water to be free, clean and accessible but in many places it was deteriorating.

''No-one wants a water levy. I certainly didn't want a water levy. Ultimately Labour doesn't, but we've made the hard call to do something now because the National government's hands-off approach to water quality has not served the farming community at all well.''

Ms Chapman said she was impressed with the many farming initiatives to use best practice and acknowledged the catchment groups set up were mainly working.

She asked farmers to look at the levy as a small investment to help preserve farming businesses and a future for the industry.

''Labour's policy is saying that we all have a part to play.''

''We have invested over $400million - six times as much as the previous government - in freshwater improvements and were the first government to introduce a freshwater management policy.''

Most rivers and lakes were swimmable most of the time, but people needed to be realistic, as it would cost billions of dollars to guarantee swimming in every single waterway in New Zealand all year round, Mr Walker said.

National would not introduce a general water tax on commercial users and farmers, but had asked the Technical Working Group to look at a levy on bottled water for export, Mr Walker said,

''But there are no plans to extend that levy any further,'' he said.

New Zealand First candidate Mark Patterson said the party was totally against a punitive tax on irrigation and it would remain a common good.

New Zealand First would, however, put a royalty on bottled water for export and return 25% to the region of extraction, he said.