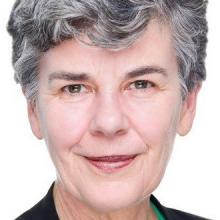 Heather Stacy.
Agriculture is in Heather Stacy’s veins, both personally and professionally.

Brought up on a dairy farm in Gippsland, a major Australian dairy region east of Melbourne, she had always had a sense of adventure.

"Throughout my life and career, I’ve done a lot of different things," she said.

She was executive director of United Dairy Farmers (the dairy sector’s equivalent of Federated Farmers) and has worked in the red meat industry for Meat and Livestock Australia (Australia’s equivalent of Beef + Lamb New Zealand).

She also has previous experience in the meat processing and retail sectors with Metro Meat in Australia.

Through working in both supply chain and farmer advocacy, she had developed a sense of how agriculture worked within specific industries and across industries, she said.

When the position arose at Alliance Group, Ms Stacy saw it as an alignment of the work she had done throughout her career.

Having worked in the meat industry, and with farmers, coupled with the fact she enjoyed New Zealand — she has had an ongoing connection with the country over the years — encouraged her to take it up.

Before joining the company, she had some awareness of the New Zealand meat industry, not so much of all the players, but she had since "come up to speed very quickly", she said.

From her experience working in Australia, she was used to operating in a competitive environment from a procurement perspective and in an industry with overcapacity, so there were some similarities.

Although only in the job for three weeks, Ms Stacy said her introduction to Alliance Group had been "fantastic".

She had gained a sense it was an organisation that was "absolutely driven" to improve the way it operated, its connection to farmers and setting itself up to generate returns to benefit shareholders — and doing it at a very fast pace.

She acknowledged the red meat sector was a challenging industry. It was similar to the Australian dairy industry, having ailing infrastructure and excess capacity through a drop in stock numbers.

Ms Stacy was looking forward to listening to suppliers and hearing what they wanted from their co-operative in the future.

She was also keen to spend time with the team "in the field", visiting farms and seeing first-hand the day in the life of an Alliance Group representative.

It was important to have a team that had the skills and capability to meet the needs and expectations of farmers. They needed to be provided with the training and technology to enable them to "step up", she said.

The Livestock Excellence Programme, part of Alliance Group’s business strategy, was about segmenting the supply base, focusing on the needs of individuals rather than a "one size fits all" approach.

A new FarmAlliance app, launched at the Canterbury A and P Show last month, provided shareholders with improved access to information and resources.

Farmers could see their livestock processing results in real time, access their latest kill sheets, make booking requests, see statistics and view the schedule. Ms Stacy was pleased to see the connectivity between the livestock, processing, and sales and marketing divisions. It was important that they all worked "in sync".

Alliance Group had a "highly committed" leadership team, not just in terms of the effort that went in but also a commitment to what could be possible.