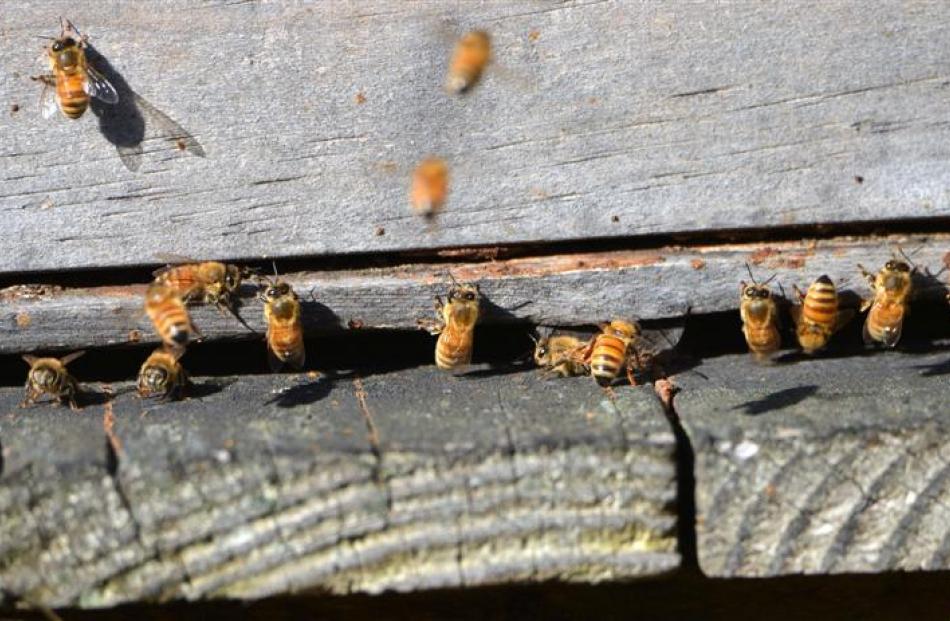 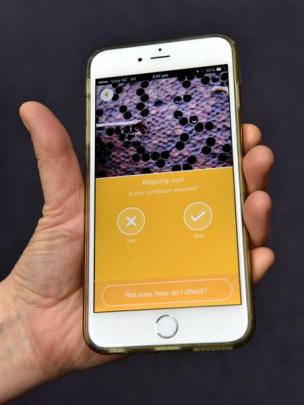 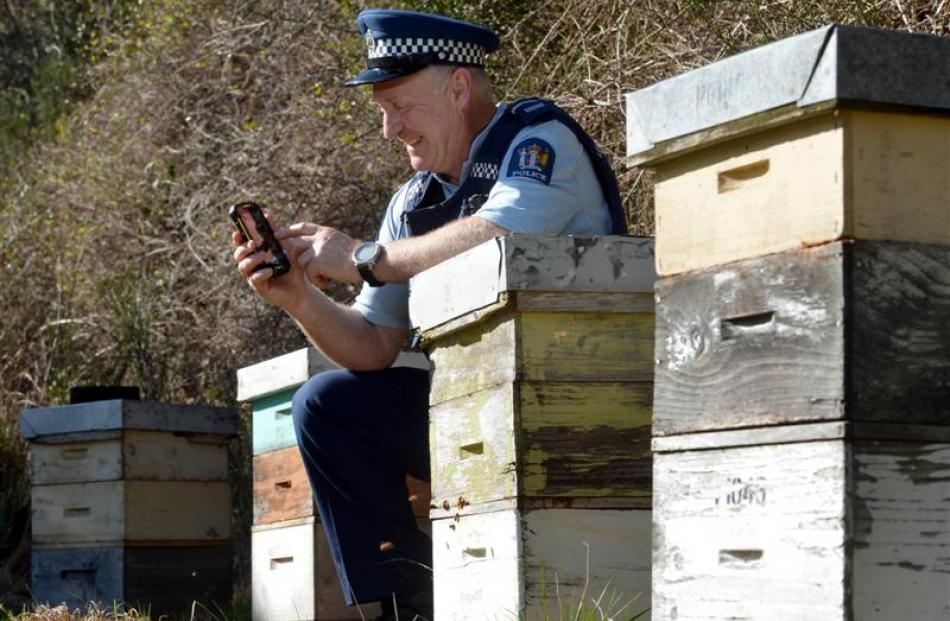 Brice Horner gets a buzz about educating others about beekeeping.

Now the Dunedin police officer has developed a phone app that helps beekeepers identify whether they have the destructive bacterial disease American foulbrood (AFB) in their hives.

AFB kills bee larvae and infected hives have to be destroyed by burning, as the disease is very difficult to combat. After destroying the bee larvae, spores could survive outside a bee colony for more than 35 years.

It is a serious issue, and beekeepers are legally required to advise the AFB Management Agency within seven days of noticing an outbreak and to destroy the disease by burning within the same period.

Mr Horner first got involved with beekeeping about 15 years ago as a ''life work balance exercise'' to counter the job he had then as a police crash investigator.

It worked well and he found bees to be fascinating. There were quite a few other police officers who also had bees, he said.

''It doesn't matter how long you've been doing it and how clever you think you are, they will outsmart you on a consistent basis,'' he said.

Mr Horner, who is a senior constable now based at Dunedin Airport, has about 60 hives throughout the Taieri and as far south as Clydevale.

Rather than focusing on producing honey, he now spends more of his time teaching others about beekeeping and also educating them about disease.

With a science background, he got into tutoring after a few years and wrote the first New Zealand Qualifications Authority level two beekeeping course, and got involved with the beekeeping industry.

He could see disease was an issue and there was ''certainly a lot of scope'' to improve training.

The AFB Management Agency asked him to help train people to recognise AFB. He came up with the concept of a visual guide on an app, despite having done nothing like that before.

The app let beekeepers compare a suspected infected AFB hive with photographs showing symptoms of an actual infection. Each symptom was also weighted and, once the process was completed, a diagnosis was given.

If a hive was infected, the app provided information on what to do next and who to contact. If it was unlikely to be infected, then it provided further advice.

Many AFB symptoms could be mistaken for other diseases and so the app was aiding beekeepers to diagnose what could be ''a bit of a tricky disease'' at times, he said.

The app was trialled in January with the Southland Bee Society and launched in February. Developing it had been a great learning experience and it had been very well received, Mr Horner said.

While the app had only been launched in New Zealand, he had not seen anything similar overseas and he believed there was potential for it.

The approach taken to AFB in New Zealand had been quite successful - not just through the app - with levels of infection down to one or two hives per thousand in Otago Southland, which was the lowest in New Zealand.

But those numbers could increase with the large number of new beekeepers entering the industry. The good news was that a lot of those people were technology savvy and it was hoped the app would make inroads in areas where incidences of the disease were higher.

It is compulsory for hives to be inspected annually for the disease.

New Zealand generally had very low levels of AFB compared with other countries, where hives were treated with antibiotics.

The disease could ''turn up out of nowhere, out of the blue'' and it was not whether a beekeeper got it that was the issue, it was what they did when they did get it, he said.

The beekeeping industry in New Zealand had a very good name and ''large dollars'' were involved.

''We want to maintain it and our competitive advantage by being in control of any diseases,'' he said.