'Best in the world' fruit in demand 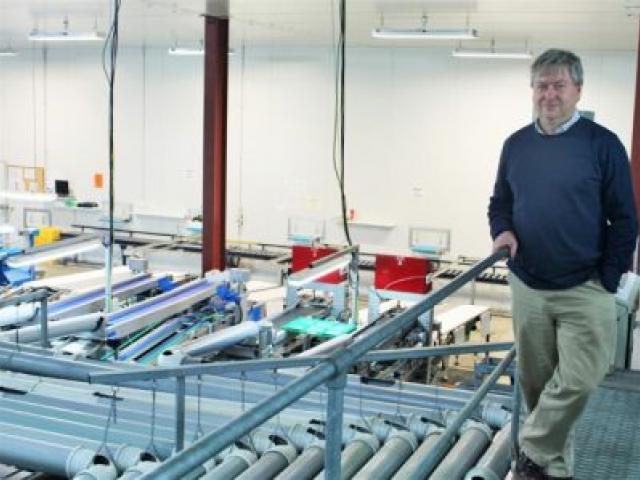 Quiet now but a hive of activity in summer. Photo by Jill Herron.
The Cromwell Basin is now producing around half of New Zealand's export cherries and they are "the best in the world''.

Quite a claim, but one that can be confidently made, in relation to the Asian palate anyway, newly-elected chairman of Summerfruit NZ, Tim Jones, says.

"We think they are the best in the world and our market is telling us they are. That's one of the reasons we can charge up to $25 a kg, because we deliver on the promise that when someone over there lifts the lid on a box of our cherries, they will go wow.''

"Last year the export crop was 3400 tonnes produced in New Zealand, 95% of that would be from Central Otago and at least 50% of that, if not slightly more, would have come out of the Cromwell Basin.''

Many factors combined to create the current strong position, including years of niche marketing, improved technology around production, availability of land, good staff and tourism.

The latter, he said, ensured regular direct flights out of Christchurch to quickly convey freshly picked fruit into Asia.

"This leaves our main competitor - Chile, whose lack of infrastructure forces shipment of fruit - literally dead in the water when it comes to freshness.''

To satisfy customers, fruit must be untouched by human hand, picked, packed and dispatched within 24 hours, as crunchy as an apple and at least 20% sugar.

Cromwell's humble cherry was considered a delicacy in places like Taiwan and China and often purchased as a prestigious gift rather than an everyday food item.

That put extra onus on producers in the "looks department''; only large cherries that had good lustre, perfect skin and excellent colour made the grade.

Around a third of New Zealand's crop was produced by 45 South, which operates the country's largest packhouse just outside Cromwell.

As manager of the 300ha operation, Mr Jones was well acquainted with the precarious business of cherry growing.

While Cromwell's arid climate was ideal, aspects of it presented potentially disastrous situations every year.

From September until mid-November, trees had to be protected from frost or there would be no fruit.

While technology for weather stations and automation was reliable and effective, many growers still liked to see for themselves that all was well due to the drastic consequences of any malfunction.

"I guess I'm pretty old-fashioned but I don't think you can do your frost-fighting from home. We're usually here all night to see what's going on.''

A brief respite ensued from mid-November until just before picking started, then the pressure was back on, this time to get the crop off the tree and gone in perfect condition.

Rain being the enemy in picking season, new trellis-style planting systems were being developed to allow tenting over trees to keep fruit dry.

A swollen, split cherry was no use to anyone and any way to reduce the bill of up to $250,000 for helicopters drying wet fruit was a good thing, Mr Jones said.

In addition to the 30 fulltime employees, up to 400 staff could be working on any of 45 South's own 200ha or the 100ha managed blocks during peak harvest. Winter allowed time for marketing and research for Summerfruit NZ projects, and for 45 South.

He was travelling to Canada to view, among other things, new camera technology allowing for more detailed grading information to be gathered from each cherry passing through the packhouse.

"There are exciting times ahead for the industry not just for cherries but for all the crops we grow in New Zealand.''

Newly released varieties of apricots, bred at Plant and Food Research in Clyde, had huge potential to fulfil the high-sugar demands of Southeast Asian customers, he said.

Around 15 years in the making, these very different newcomers could be the next big thing for export fruit.

"Their taste profile suits the Asian consumer. We see part of this project going forward to try and replicate what's happening with cherries now,'' he said.