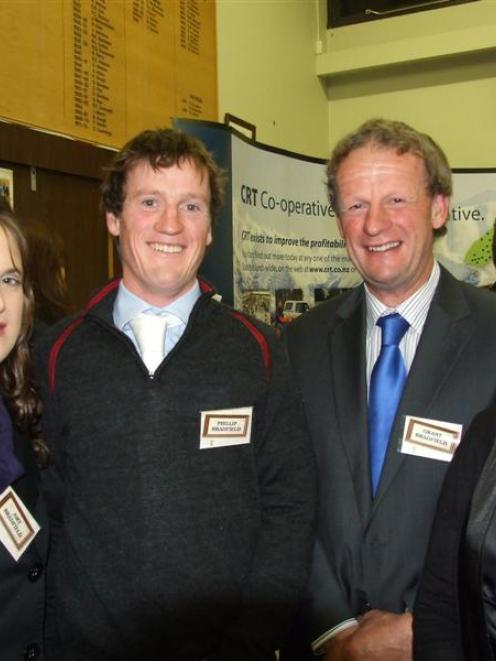 They farm sheep and beef in the Owaka Valley in South Otago.

Mr Bradfield's great-grandfather came to New Zealand from England in 1873, buying 16ha of land in the Owaka Valley in 1875.

In 1901, an elderly bachelor who owned the neighbouring 85ha died and gave his farm to the Bradfields.

The farm now extends to 445ha, with 8ha of that original farm.

Mr Bradfield said it was "a unique" award.

"As far as I know, it's the only one in New Zealand. It's a great initiative, given all the talk about corporate farming taking over family farming. I think family farms are still strong in New Zealand and these old farms are a thing to be celebrated."

Lawrence, as one of the earliest areas to be settled, was a fitting place to host the awards, he said.

"We're very grateful for all the work our forefathers did, turning tough bush into farmland. It would have been a lot of hard work."

Mr Bradfield's son Phil and wife Amy would most likely take over the running of the family farm in a year or two, making them the fifth generation of Bradfields on the farm.

The New Zealand Century Farm and Station Awards, first held in 2006, are in their seventh year.