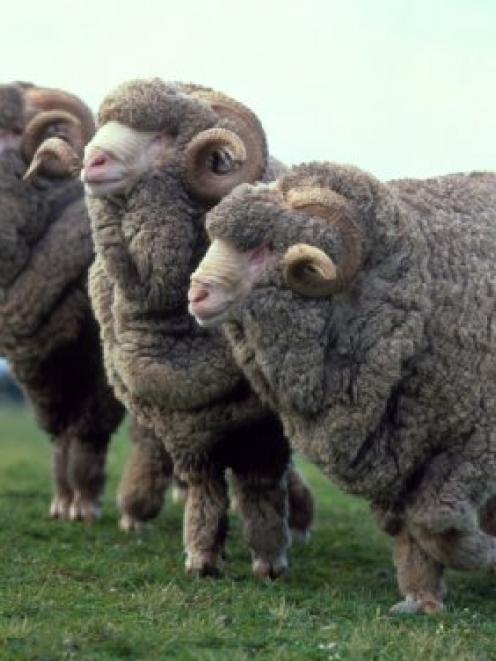 The conference brought together about 600 growers and industry partners from around the globe.

The company, which dates back to 1865, supplies woven fabric to the likes of Giorgio Armani, Gucci, Tom Ford and Hugo Boss.

Its motto came from a very difficult time for the company.

While that was the worst moment for Reda, it was also the best year for the company as it understood that it had to "change completely" and it created the new Rewoolution range of performance apparel.

"You have to be ready for the changes and be ready to work together more and more," he said.

He credited the Government's Primary Growth Partnership for its pivotal role in challenging the commoditised nature of the country's agricultural industry, boosting existing resources and opening the way for new opportunities for fibre, meat, leather and production science.

The goal was to be recognised as New Zealand's smartest, most robust and valuable business sector.

"We must endeavour to be the best that we possibly can be.

"It is the PGP ... that has given us more fuel in the tank to be able to work towards that goal.

"The industry could not sit still.

It must change and seek ways to remain relevant and effective. It also needed to be very careful about commodity complacency, Mr Brakenridge said.

Total sales of wool garments in the United States active outdoors market have accelerated from $US80 million ($NZ100 million) in 2003 to $US280 million in 2011, with significant volumes coming from New Zealand.

From having virtually no market presence to a point today where about 15% of all sales in the active outdoors category were merino garments was "incredible", NZM international marketing manager Gretchen Kane said.

There was now greater segmentation, with the likes of cycling, running and snow sports markets, which meant greater diversity of product offerings and, ultimately, more wool, she said.

Icebreaker founder Jeremy Moon - introduced by Mr Brakenridge as "one of the founding revolutionaries" - said the company felt "really good" about the price of merino wool increasing and the "leap" this year.

"We've always wanted to get it to a point that reflected the true bigger longer-term value of the fibre and we know that one of the things we are trying to build together is actually lifting an industry out of the sunset phase to a new dawn.

"And we know that's critical to attract young people into the industry so that we all have a future," he said.

Andy Caughey, from UK-based Armadillo Merino, said the company was taking merino fibre "to a whole new generation of users" who had not been exposed to it before.

The company specialised in next-to-skin protective clothing with a targeted audience of "professional risk takers", the likes of the military, search and rescue and emergency services.

Some wounds and fatalities could have been avoided through wearing the right product, he said.

The goal of Armadillo Merino was to position itself as the most advanced protective base-layer product in the world.

That was going to be achieved through product innovation and collaboration with people Mr Caughey had got to know in the industry over the years.

The projects would focus on forage science, genetics and animal health in order to maximise the potential of the merino industry and meet the need for more fine wool, he said.

Mike Hargadon, NZM's general manager of supply, innovation and logistics, said estimated breeding values could be used to breed a fine-wool sheep that was more adaptable to a wider geographical range, not just the high country but along the east coast of both islands.

That was where the potential to increase fibre and meat production lay and would go some way to satisfying the increasing demand from the brand partners.

A six-day primary sector "boot camp" will be held later this year where more than 20 chief executives from New Zealand's leading and emerging primary sector organisations representing dairy, beef, sheep, seafood, viticulture and horticulture will collaborate to align resources to position the primary industry strongly for the future.

The private sector-led initiative will be run in association with the Ministry of Science and Innovation and the Ministry for Primary Industries, New Zealand Trade and Enterprise, and the Agricultural and Marketing Research and Development Trust.

It will be held at the Stanford University campus in Silicon Valley, California, with modules led by faculty members and external global business leaders.