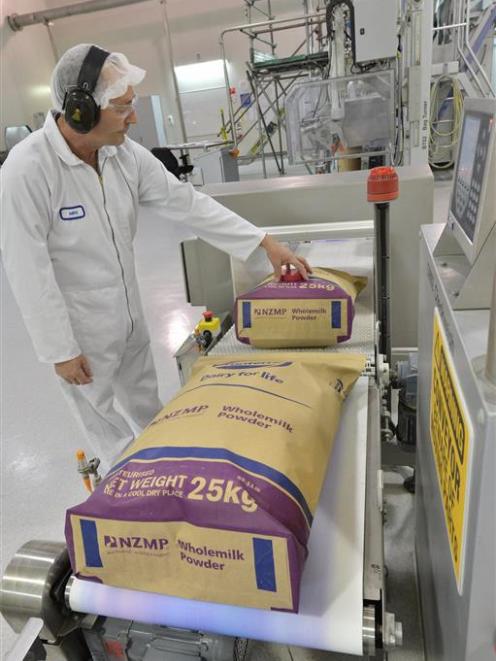 A higher price would be welcome to sharemilkers feeling pressure building from banks. Photo: supplied
The GlobalDairyTrade auction early tomorrow morning takes on more significance than usual because of Fonterra's first indication of next season's milk price being lower than the market consensus.

Fonterra last week indicated a milk price of $4.25 per kg of milksolids, lower than the informal market consensus of $4.60 kg/ms and the ASB expectation of $4.80 kg/ms.

"To us, the forecast is conservative as it appears to be based off recent spot dairy price with no future increases in global dairy prices built in,'' ASB rural economist Nathan Penny said.

"We had expected Fonterra would pitch its forecast and/or advance payments a bit higher to support farmers' cashflows.''

The continued low advance payments meant farmer cashflows would remain under "considerable financial pressure'' into next year, he said.

It was also likely to bring about a greater production fall during the season than the 3% ASB expected with an assumed $4.80 milk price.

"We continue to expect an eventual milk price in the region of $6 kg/ms as supply contraction and Chinese demand create price tension.''

The higher price would be welcome to sharemilkers who are feeling pressure building from their banks, according to a Federated Farmers survey showed.

The Federated Farmers Banking Survey, which was undertaken quarterly to gauge the relationship farmers held with their banks, indicated perceptions about "undue pressure'' had gradually built.

The index rose 1.4% in US dollar terms, bolstered by the dip in the New Zealand dollar. Meat prices continued their march upwards, adding to the overall gain.

Higher beef prices drove much of the rise in the sheep and beef index. Beef prices jumped 3.5% for the week, while lamb prices rose 2.2%. Wool prices also rose, albeit marginally at 0.8% in US dollar terms.

Dairy prices lifted by a modest 1.2%, driven mainly by a 3.8% rise in the butter price. A sharp 2.9% drop in skim milk powder prices offset the 2.3% gain in whole milk prices. Cheddar and casein were largely unchanged during the period, he said.