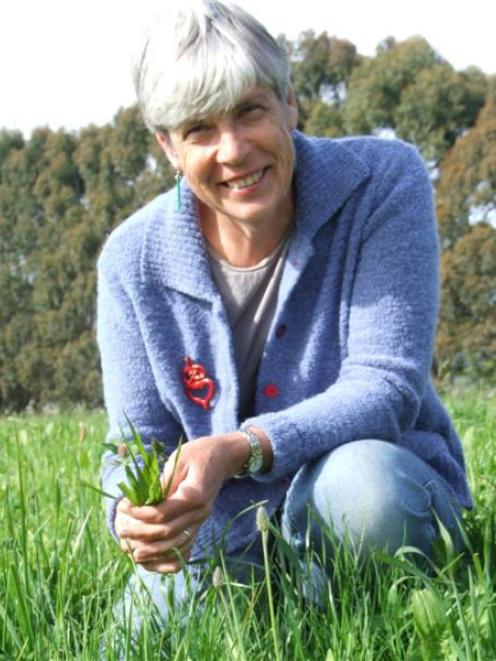 The Pasture Renewal Charitable Trust is encouraging them to do something about the difference, citing the potential to significantly increase farm-gate returns, improve animal health and allow greater flexibility in farming systems.

The trust, an independent entity working to increase the rate of pasture renewal in New Zealand, comprises 14 agribusiness companies who sponsor key activities.

The companies began to work co-operatively in 2007, after establishing they could have more influence working together.

That proved to be a strength, as projects like the Berl report, released earlier this year, could not have been done by individual companies, project manager Nicola Holmes, of Palmerston, said.

An economic analysis of the value of pasture by Business and Economic Research Ltd (Berl) showed sustained investment in pasture renewal had the potential to increase the farm-gate value of pastoral products from $16 billion per annum to $19 billion.

It could also boost direct and indirect full-time employment associated with pastoral farming by more than 50,000 jobs.

The report confirmed while there had been an increase in the proportion of dairy pasture being renewed in recent years, overall investment in pasture renewal remained low.

The $19 billion projection could only be achieved if the proportion of sheep, beef and deer pasture continuously renewed rose from 2% per annum to 8%, and dairying pasture renewal increased from 6.6% to 12%.

The collaborative approach attracted Ms Holmes, who has a long background in the agribusiness sector, to the part-time role of project manager in 2007.

Ms Holmes believed the whole farming industry needed to work together more rigorously and that the collaborative focus would increase, citing the likes of the Government's Primary Growth Partnership.

Grass was "by far" the cheapest feed source and more sustainable than buying in imports. The message to farmers was that there was a value proposition to pasture renewal and it needed to be a year-on-year programme, similar to fertiliser maintenance, Ms Holmes said.

While there was a strong emotional link in the way farmers responded to their animals, there was not the same link with pasture, she said.

"This isn't going to be a quick flick. It's about changing farmers' behaviour," she said.

She expected the change would be led by the dairy industry and particularly the younger generation coming through.

To create a baseline for pasture renewal, the trust has some questions included in the 2012 agricultural census, which would provide useful information.

To help get the message across, a competition, dubbed Win A Free Paddock, will be launched in January.

Three prizes nationwide, each worth $8000, will be offered. The winners will receive product from a nominated rural retailer and technical advice.

It is anticipated they will keep a diary about what they are doing with their pasture for publication in rural media.

A pocket-sized pasture condition score is being developed, which includes tips for pasture renewal success.

An e-book, which can be downloaded from the trust's website, is being revamped while online calculators, giving an idea of potential profitability, are also available.

Ms Holmes, who grew up on a mixed farming property at Methven, has worked as a journalist for agribusiness publications in New Zealand and overseas.

She established her own public relations business, where her main work was for the kiwifruit industry, and later worked for what is now Antarctica NZ, and for Trade New Zealand, now New Zealand Trade and Enterprise.

Ms Holmes shifted south to Palmerston in 2004 and farms with her husband, Rod Philip.

The couple are the southern-most asparagus growers in New Zealand.