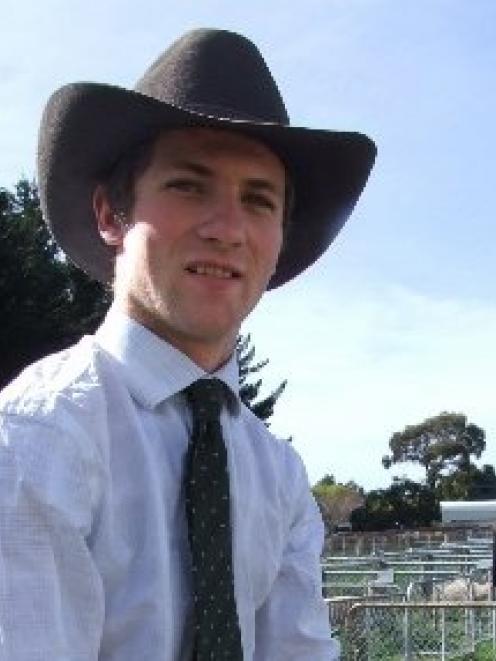 Mr Gardner (20) was among 13 young people who took part in a recent junior stock-judging competition in Waimate.

The event, which was organised by the Royal Agricultural Society of New Zealand, had been held in Waimate two years ago.

Mr Gardner, from Waihaorunga, took part that day, encouraged by his mother.

He has since been involved in other competitions and represented New Zealand at the Royal Adelaide Show in Australia last month, where he judged dairy cows.

That was a great experience and he hoped to return to Adelaide at some time in the future, he said.

He is heading to the Royal New Zealand Show, hosted by the Waikato A and P Association, in Hamilton later this month to compete in a stock-judging competition.

Mr Gardner, who has worked as a shepherd on his parents' property - which runs 2500 coloured fine-wool sheep, along with beef cattle - for the past four years, is heading to Lincoln University in February to complete a bachelor of commerce degree.

Will Gibson, from Middlemarch, who took part in the junior merino judging competition at the Royal Adelaide Show, won both the meat and wool breeds sheep at Waimate, along with the beef cattle.

Frances Beeston, from Mid Canterbury, who travelled to New South Wales earlier this year on a Holstein Friesian exchange, won the dairy cattle.

Mr Gardner was second in the dairy cattle, second in both sheep sections and third in the beef cattle judging.