Dairy plant work up to schedule 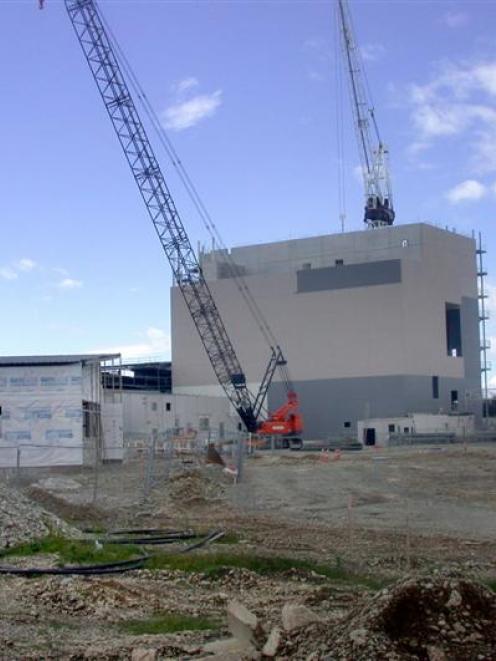 While construction slows at the new Glenavy dairy factory in Cooney Rd over Christmas, it is expected to be ready to process milk from next season. Photo by David Bruce.
The pace is expected to quicken from the new year on construction of a $214 million dairy plant at Glenavy when installation of processing machinery and plant starts.

Just before Christmas, pieces of the drying plant, which will go into the 47m-high drying tower with its chimney, and boilers started to arrive on site.

While construction ramps down from about 200 staff to a smaller number over Christmas, that was expected to build up to about 300 in the new year, when contractors come on site to fit plant, Babbage construction site manager Murray Gifford said.

The numbers on site were expected to get even higher nearer completion.

Construction is about halfway through, and the factory is expected to be ready for testing and commissioning in May or June.

''Construction is up to time,'' Mr Gifford said.

New Zealand-owned Oceania Dairy originally obtained resource consents for the plant in February 2010, but plans to build it foundered when funding could not be obtained because of the global economic crisis.

In April, the company and its plant plans were bought by Chinese company Inner Mongolia Yili Industrial Group.

Milk will be processed into infant formula and exported to China. Initially, the plant will employ about 70 people, processing 130 million litres of milk annually.

At full production, the plant will produce 47,000 tonnes of powder from 300 million litres of milk.

The first contract for a supplier was signed with Aad and Wilma van Leeuwen, who own dairy farms in Waimate and the Waitaki Valley.

It will need up to 40 farmers for next year's season.

Company chief executive Aidan Johnstone said the van Leeuwens were dairy industry leaders in the area, and represented the type of farmers it wanted to work with.