Day a chance to give it a go 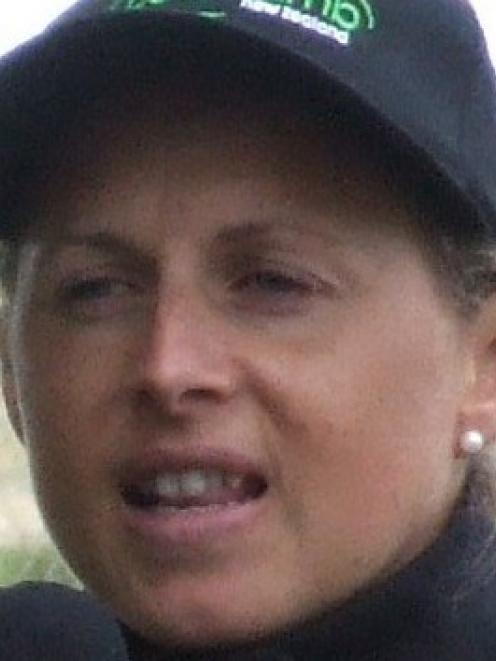 Ms O'Connell, now an extension officer for Beef and Lamb New Zealand, was addressing a Get Ahead career experience day at Totara Estate, just south of Oamaru, last week.

New Zealand Young Farmers, Beef and Lamb New Zealand and DairyNZ teamed up to inform secondary pupils of the range of career possibilities within the primary industry. They have run the days over the last three years.

There were 10 days held annually around the country, with more than 1000 pupils hearing from successful industry professionals and learning about different career pathways in the primary sector.

The days highlighted both the on-farm and business-related career opportunities.

Ms O'Connell congratulated those attending, saying when she was at school such days did not exist.

When she reached year 13 at secondary school, she did not really know what she wanted to do and was preparing to go to Teachers College, with the aim of becoming a physical education teacher. But then ''the penny dropped'' that she loved farming.

Ms O'Connell, who grew up on a small dairy farm at Dunsandel, went to Lincoln University and completed a bachelor of agriculture in commerce, with a double major in farm management and rural valuation.

Two weeks into her tertiary studies and she knew her decision was ''spot on''. Lincoln was an ''awesome'' place to study, with small classes and lecturers who could be approached to talk to one-on-one.

After graduating, she joined CRT (now Farmlands) in Leeston, working for nearly a year in the retail store before she decided she wanted more of a challenge. She joined the National Bank (now ANZ) in a trainee rural manager role, followed by a banking consultant role.

Then the opportunity arose to join Beef and Lamb New Zealand, based in Christchurch, helping deliver all the extension programmes that the organisation offered.

The work included running field days and workshops and working on a regular basis with groups in the farming community. Now, seven months into the job, she ''absolutely loved it''.

The most enjoyable part about it was getting out and helping farmers improve their businesses, she said. Her next step was to move into an extension management position.

She encouraged the pupils attending the day to not be afraid to give something a go and find out it was not what they wanted to do.

Ms O'Connell, a member of Dunsandel Young Farmers, was third in this year's Tasman regional final of the ANZ Young Farmer Contest, and the top-scorer in the AGMARDT agri-business challenge.