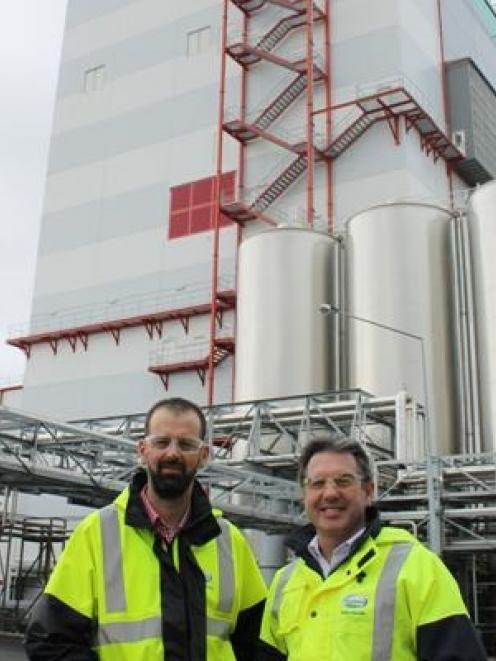 The company has almost completed a $157 million expansion. A new 2900sq m building houses three processing plants - a milk protein concentrate (MPC) plant to separate protein from skim milk and turn it into protein powder, a reverse osmosis plant to increase the capacity of an existing drier by about 300,000 litres a day, and an anhydrous milk fat plant capable of processing 550,000 litres of cream daily.

The MPC plant was commissioned early last month while the others will be fully operational within the next few weeks.

Associated works, including a bank of milk silos, a water chiller plant, another milk reception area, and an upgrade to the site's wastewater treatment plant and electricity supply are nearing completion.

Mr Spurway said the additional capacity meant the company could make more products not just at Edendale but at other sites as well.

MPC was a high protein dairy ingredient typically used to make products such as yoghurt. It was a product many customers overseas were seeking, while anhydrous milk fat was exported worldwide for a wide range of food products including chocolate, he said.

''The extra capacity we have here now gives us much more choice about what products we make, particularly at the peak of the season ... so we can divert milk into the highest value products or the products which have the growth demand from our customers at any given time.''

Farmers in the co operative have taken a financial hit recently after a slump in global dairy trade auction prices. However, Mr Spurway said only 25% of Fonterra's production was sold through the auctions.

''The primary purpose of the auctions for us is `price discovery' - understanding what the market is prepared to pay through that channel. What that means is more than 75% of our volume is sold through other channels such as direct relationships with customers.''

''What stood out for me was that the first product went through the [MPC] plant only 366 days after we turned the first sod of soil. Call that a leap year. Everything was delivered very, very quickly, on time and on budget.''