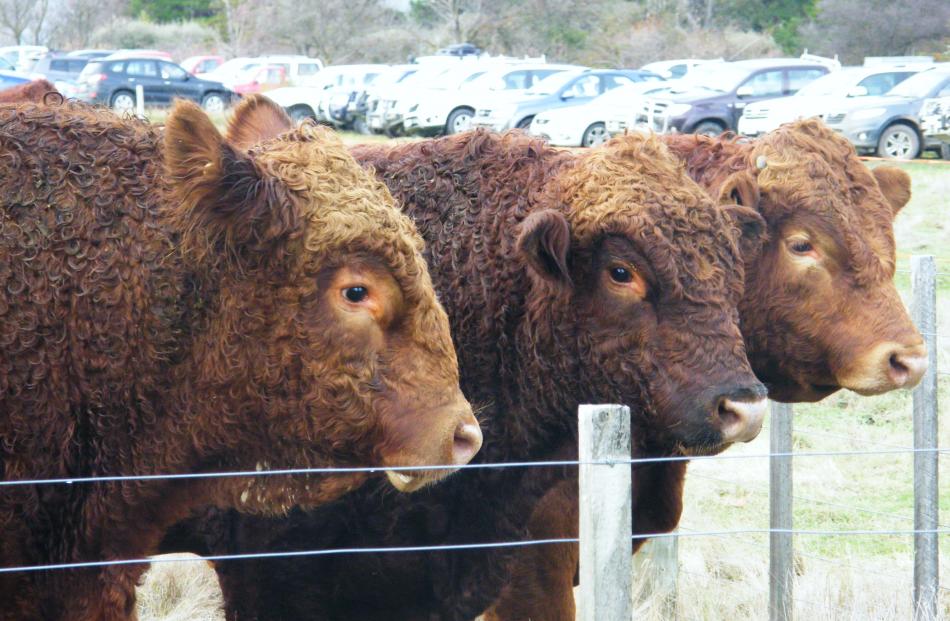 The sheep and beef sector stands to gain by a potential $845 million in added value during the next 20 years once a new Dunedin-based genetics research and development entity hits its stride. Yvonne O'Hara reports.

Upgrading the Sheep Improvement Limited (SIL) database, developing a ram and bull selection app, and contracting out genetics research projects for both sheep and beef are expected to begin later this year for the Dunedin-based Beef + Lamb Genetics (BLNZG).

BLNZG signed a $15 million funding contract for the next five years with the Ministry of Business, Innovation and Employment earlier this month.

The balance of BLNZG's $44 million five-year budget will come from sheep and beef farmers and the wider red meat industry.

BLNZG general manager Graham Alder, of Dunedin, said the contract signing meant it could move ahead with its research and development programmes between now and Christmas.

''The next few months are going to be busy,'' Mr Alder said.

''We intend to employ an additional one or two people [at this point] in the next 12 to 18 months.''

BLNZG's goals included developing the traits and breeding objectives - including ewe and cow efficiency, productivity and longevity - that the New Zealand sheep and beef farmers were going to need in their herds and flocks in the future and what was needed for the delivery of those traits.

''We have to make sure the rams and bulls [available] in the future are the right ones for their farms,'' he said.

He was excited by the potential of the new tools to give farmers the information they needed to choose the genetics that best suited their herds and flock performance, their properties, and potential profit.

That included the launch of a project to develop an app to make ram and bull selection easier for farmers by helping them to identify and compare animal values.

He would be calling for tenders for research contracts from science organisations and research facilities.

''We want to give them the opportunity to help build capability in livestock genetics.''

The SIL database upgrade would make it easier for farmers to understand the information it contained to make the choices that best suited their needs.

The upgrade would also be able to better handle an increasing data flow.

''We want to create a conduit for better science and make it available for sheep and beef farmers,'' he said.

The research and the new tools that are to be developed had the potential to add about $845 million in value for the sheep and beef sector during the next 20 years, BLNZ chief executive Scott Champion announced earlier this year.

SIL, Ovita, and the B+LNZ central progeny test are part of the BLNZG umbrella.