High achiever still hooked by the 'buzz' of sector 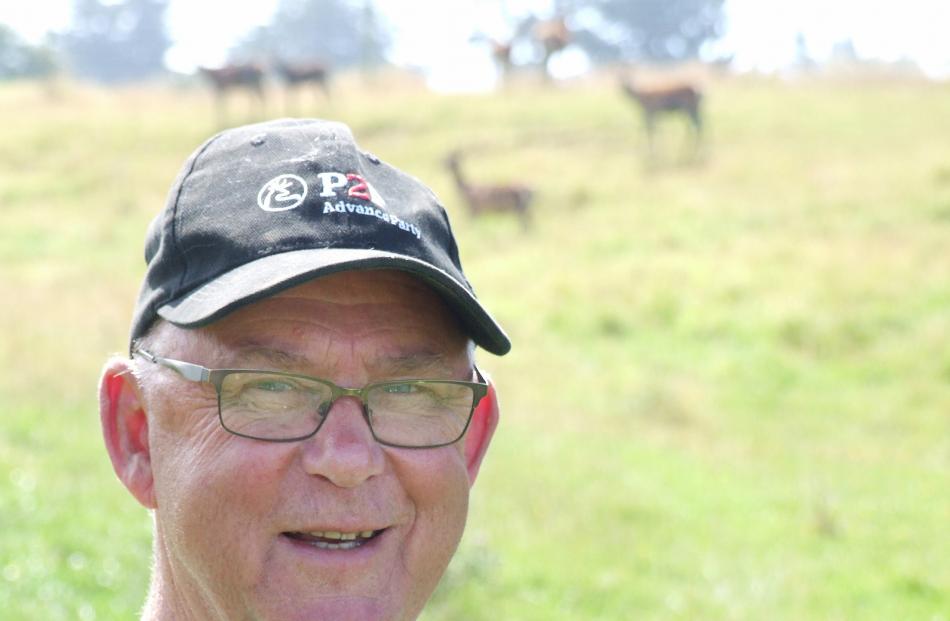 Deer Industry New Zealand producer manager Tony Pearse is optimistic about the future of the industry. Photo by Sally Rae. 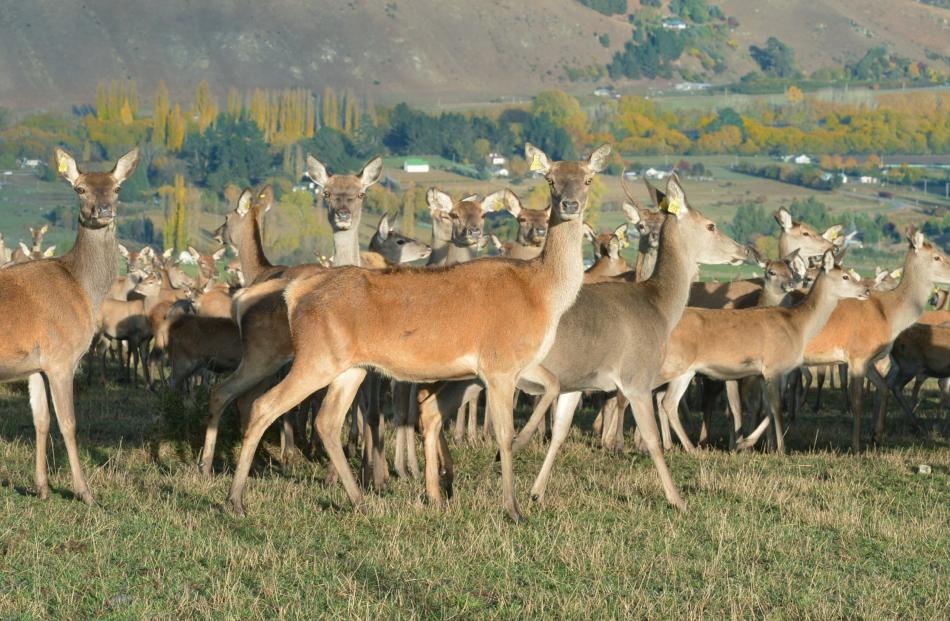 The number of deer farmers has declined but most of those still involved are expanding. Photo by Stephen Jaquiery. 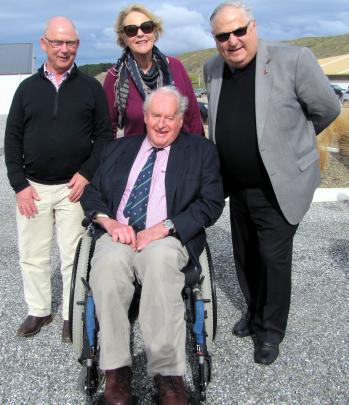 Tony Pearse (left), with Sir Tim Wallis and his wife Prue, Lady Wallis, and Clive Jermy attend the unveiling of a plaque at Wanaka Airport dedicated to the deer industry's pioneers, in 2015. Photo from ODT files.

Tony Pearse's name is synonymous with the deer farming industry in New Zealand.

Mr Pearse, who is producer manager for Deer Industry New Zealand, has had a lengthy career in the industry.

Now in his 60s, he got hooked on farming - and geology - from a young age. He originally studied geology and zoology at the University of Otago. But when the mining boom collapsed he headed to Lincoln with the intention of doing a PhD in soil science. However, he shifted to the wool science department where he did a master's degree.

During his time at Lincoln he was involved with the research farm and worked alongside the likes of legendary sheep scientist Prof Ian Coop - ''all the gurus'' - out in the field. It was a great experience, particularly seeing how research looked and worked in action.

He was heavily involved with the Tukidale breed, which was developed from a mutant Romney ram that showed the dominant medullated (or hairy) gene distinctive of carpet-wool sheep.

In those days, deer farming pioneers Sir Tim Wallis and Mark Acland were starting to think about deer farming, capturing animals and dropping them at Lincoln, asking all sorts of questions.

Then Mr Pearse's future father-in-law asked if he wanted to milk 150 cows at Saddle Hill for town supply. It worked out well and they also ran several thousand ewes on the property.

Then came the beginning of a long involvement in deer farming, which led to an approach by Jock Allison seeking someone who understood science and farming to join the deer group at Invermay.

His 20 years at Invermay were ''just magical'' and he cited the likes of Peter Fennessy, Ken Drew, Jimmy Suttie and Colin Mackintosh who were ''fantastic'' to be involved with.

There were good people at Invermay and it was an industry that was also exciting.

Mr Pearse got involved with deer industry politics and, at conferences, people shared not only their triumphs but also their challenges concerning a new animal.

Nobody was smarter than anybody else when it came to figuring out how to farm deer effectively and productively.

Invermay, at one stage, probably had about 1100 deer on its farm, including a very good velvet herd, he said.

Asked about the attraction of deer, Mr Pearse said they were new and it was nice to learn something ''a whole lot new''.

He was introduced to an ''extraordinary'' world of people and worked in places such as Canada, the United States, United Arab Emirates, Hawaii, West Papua, Japan, China, Indonesia, Malaysia and Thailand, through his involvement in the industry.

Along the way, Mr Pearse also got hooked on wapiti and gave an address at the Elk and Wapiti Society's 30th anniversary celebration earlier this year.

Another highlight was seeing all the work done by Frank Griffin and Colin Mackintosh on Tb and Johnes Disease.

In 2000, Mr Pearse received the New Zealand Deer Industry Award, which is presented annually to a person or organisation who had made the most outstanding contribution to the industry, either in the previous year or over a period of years.

Three years later, he received the Sir Arthur Ward Award which recognised the successful application of research or experience to an aspect of animal production in New Zealand.

In the citation, scientists Peter Amer and Geoff Asher said Mr Pearse was widely recognised as a world-leading authority on practical deer farming.

His research in the areas of deer velvet and venison production systems and development of performance recording, now widely practised throughout the New Zealand deer industry, made him a truly worthy candidate.

At Invermay, he played an integral role in the development and extension of key technologies including the application of wapiti hybridisation, performance recording for benchmarking and farm monitoring, as well as record-keeping as a basis of a new industry genetic evaluation system.

His ability to communicate complex technologies and their benefits to deer farmers had made him highly sought-after as an organiser and contributor at field days, and as an invited speaker to deer farmer and scientific conferences throughout the world.

Mr Pearse was elected to the New Zealand Deer Farmers Association Council in 2001 and, following the disestablishment of the DFA, he took up a position with the expanded Deer Industry New Zealand which had been a ''great next move''.

The work of Dinz, which has its head office in Wellington, centres around promotion, quality assurance, research and development, and market access and industry representation.

Mr Pearse and his wife, Julie, still live at Saddle Hill, on the outskirts of Dunedin, so usually several days a week was spent travelling. The internet made it easier now, although he tried to spend as much time as feasible out in the field.

Nationwide, there was always something happening in the industry, he said.

The deer industry was small enough and light enough to ''try new stuff''. Those involved were enthusiastic and passionate.

There had been great adoption of technology including eye muscle scanning and estimated breeding values.

''I just think the genetic improvement is just going up to new levels,'' he said.

Dinz had a really good vision, and the companies involved went out of their way to provide information.

''If people want to understand what's happening in the market, all that information is available,'' he said.

The development of Advance Parties, which had come out of the Passion2Profit programme, a Primary Growth Partnership joint venture with the Ministry for Primary Industries, was about farmers solving farmer problems with the inclusion of other expertise where it would help.

It was an exciting time in the industry and there was ''quite a buzz out there'', Mr Pearse said.

Although deer farmer numbers peaked at 5000, there were now probably only 1800 but most were expanding their enterprise and specialising down one or two product streams.