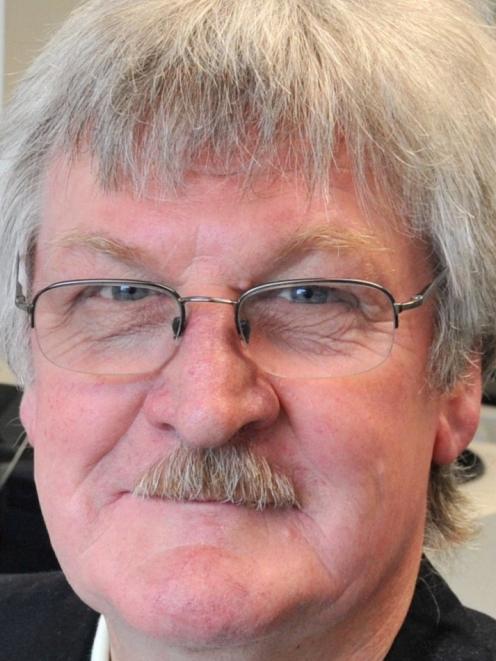 Frank Griffin
Deer farmers attending a recent field day at Invermay were urged to recognise they were ''at the Mecca'' for deer biological research.

The AgResearch campus was looked on as the ''fountain of all knowledge'' and farmers should realise that and the prospect it might not continue, Prof Frank Griffin, of the University of Otago, said.

Prof Griffin, who has collaborated with researchers at Invermay for three decades on solving animal health problems in the deer industry, has previously expressed major concerns about AgResearch's decision to cut jobs from Invermay.

Speaking at the field day, organised by the Otago branch of the Deer Farmers Association and AgResearch's deer team, Prof Griffin said the New Zealand deer farming sector had led the world.

It was very sad to think it could be the last chapter of deer farming in New Zealand ''because you guys have written the book''.

It had been an ''absolutely amazing'' story and all of it was underpinned largely by the science that came out of Invermay.

The sad reality was that there might not be anyone working in animal health in three years' time, but New Zealand could not afford to not have a workforce involved in animal health and reproduction, he said.

He had some ''real concerns'' about the future, saying there had to be some continuity. There could not be a ''huge hiatus'' in knowledge and farmers must remember that research was not a cost, but an investment.

Deer Industry New Zealand chief executive Dan Coup said restoring profitability and confidence back into venison farming was something both he and DINZ's board had been entirely focused on.

The organisation believed its main markets in Europe had hit the bottom of the cycle and would be heading up over the next few years, while there was also optimism over the opening of Asian markets.

DINZ had a clear vision of how it believed it could ''shift the game'' for the deer industry and that was embodied in the Passion 2 Profit strategy.

The ambition was to get away from the situation where it went through cycles that all agricultural commodities went through, positioning itself in a way where it was not quite so susceptible, while also differentiating the product from those of competitors.

Government funding for the strategy was being sought through the Primary Growth Partnership and DINZ was part-way through writing a business case to submit.

There was a declining hind base in New Zealand, with the herd level heading downwards, although not alarmingly so, he said.

Giving an update on the deer progeny test, Dr Geoff Asher, of AgResearch, said it was ''work in progress''.

The test involved 800 hinds across two farms in any one year, with three properties involved - the Invermay deer farm, White Rock Station in the Rangitata Gorge, and Haldon Station in the Mackenzie Basin.

There were five aims - to encourage and improve sire linkage between herds, a platform to evaluate breeding values across breeds (red deer/wapiti), evaluate new traits for optimisation of selection goals, a starting point for evaluation of maternal traits, and establish a well-phenotyped population for future genomic tools.

The third and final crop of progeny would be slaughtered late this year, which would give the appropriate numbers of progeny/sires for a full genetic analysis of new traits in 2014-15, such as carcass traits, meat sensory traits, temperament and CarLA (carbohydrate larval antigen).

There were three components to carcass quality traits - the total quantity and distribution of muscle in the carcass; the sensory attributes of the venison (such as taste, tenderness, juiciness, colour stability); and co-product quality phenotypes, such as hides, tails and pizzles.

Multiple carcass measurements were being recorded at Alliance Group's Makarewa plant to find those that best described the carcass quality phenotype.

Assessment of VIAscan in-line measurement of carcass quality was under way.

Venison sensory attributes were being evaluated by a trained taste panel at Alliance Group, with year one progeny completed and year two under way.

Dr Asher said parasites were a ''sleeping giant'' within the deer industry, and drench resistance was looming in the near distance. There had been a very heavy reliance on anthelmintics.

One option was to select for host resistance/resilience to parasites but that required a tool to measure the appropriate phenotype. Faecal egg/larval counts were ''highly unreliable'' in deer, he said.

CarLA, a salivary antibody, might be a good measure of increasing resistance to worm challenge, he said.

It was being routinely measured in the deer progeny test progeny and initial analysis would be undertaken this year to investigate the underlying genetics of CarLA production.

Temperament was ''an interesting one''. If he asked 30 deer farmers how important temperament was, 30 would say very, but ask them what they would select for and he would get ''30 different answers'', he said.

What the actual traits were that needed to be measured needed to be defined, such as around reducing aggression, nervousness or flightiness.

Various in-yard scoring systems had been developed that were being routinely applied to deer progeny test progeny and their dams.

The heritability of those traits was likely to be very low. The environment had a big effect on deer behaviour, he said.

Maternal traits were something the industry needed to ''get its head around'', he said.

Genetics never stood still and new technologies would open up new opportunities to accurately measure phenotypes of productive importance, such as disease resistance.

The ''genomic revolution'' might one day provide the technological platforms to identify specific genes of importance, he said.

Dr Colin Mackintosh said there had probably been too heavy a reliance on anthelmintics, particularly the likes of pour-ons, over the past 20 to 30 years.

Other alternatives needed to be looked at to reduce reliance. It was inevitable that resistance problems were going to be encountered, just as in sheep and cattle.

Anthelmintic efficacy and resistance was being investigated on the Invermay farm where a high degree of resistance had developed.

The field day also included a tour of Invermay's deer farm, which comprises about 140ha of the campus' 440ha farm.