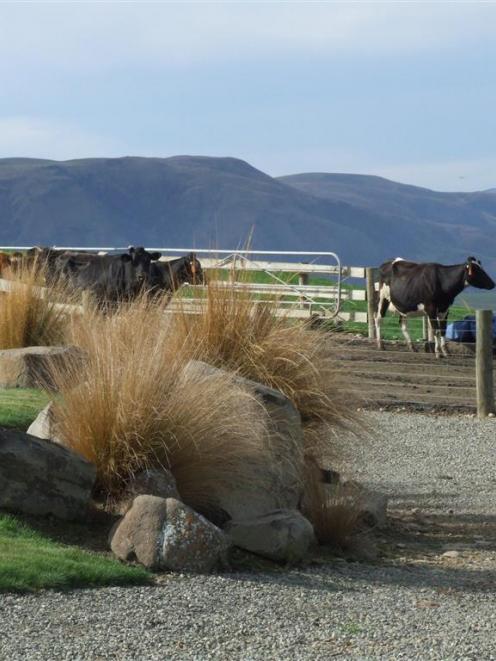 But his decision to return, once he completed his university studies, was deliberate as he had identified the potential opportunities in the district.

Their farming operation is a showcase: lush green grass, extensive plantings, including a wetland development that is home to more than 100,000 plants, and impressive infrastructure.

Transformation of the landscape was "second to none'' and it was a far cry from the rabbit-riddled country that it once was. But none of it would be possible without reliable water, Mr Ross said.

From a non-farming background, he grew up in Hawkes Bay, completed secondary school in Auckland and graduated from Massey University with an applied science degree. 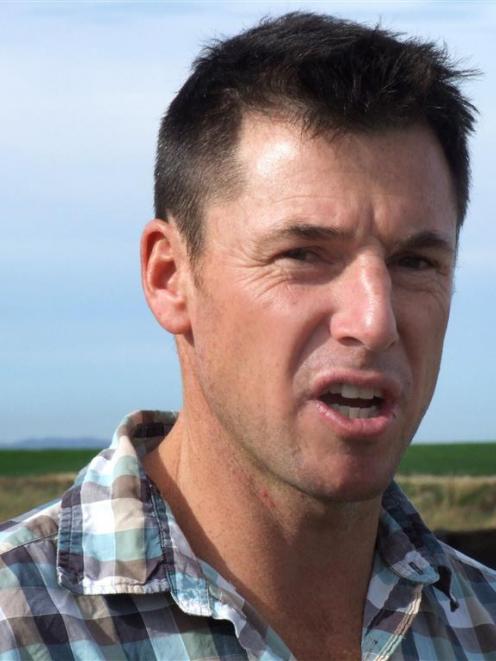 Matt Ross.
He came to North Otago for a summer job in the mid-1990s and later returned for a farm manager's position in 1998.

Mrs Ross, an agricultural science graduate from Lincoln University, came to North Otago as an LIC consultancy officer in the late 1990s.

The couple went sharemilking in 2001, spending the first four years in the Kakanui Valley.

Two of those years were "really tough'', with water restrictions on the Kakanui River, and it was to prove to be an eye-opener.

While those years were a learning experience that Mr Ross would not trade, moving "back this side of the hill'' in 2005 was like having a weight lifted, he said.

Their first opportunity to buy land came that year when they bought a 318ha farm next to their sharemilking position, with plans to develop and convert to dairy.

The development was achieved by June 2006 and they milked 400 cows in their first year.

By the second year, they had doubled the number of cows to 800 and were now milking about 900 cows twice daily on the original 60-bale rotary.

In 2012, they added another neighbouring 253ha dryland farm to their operation and again irrigated, developed and converted the farm, building another 54-bale rotary shed.

In the last financial year, they produced 886,000kg of milk solids between the two farms.

They leased a 75ha irrigated run-off property that provided winter crop and wintered all the cows, as they endeavoured to be as self-contained as possible.

Conditions in the dairy industry now meant business was tough but it was a cycle the couple would be able to ride out because of the reliability that irrigation provided, Mr Ross said.

It would not have been possible to be so exposed to borrowing and development without that reliability. Debt was sustainable when there were reliable outcomes, he said.

Mr and Mrs Ross were aware of the farm's environmental footprint and part of the early development involved fencing off a 4ha wetland area, which was home to freshwater crayfish.

Plantings were important to the couple and Mr Ross said the public perception that dairy farms were "just big, square grass slabs'' was something he had taken a little to heart.

Farm performance was important - "I don't make any apology for chasing some top end results'' - but that did not mean that they did not put something back into the environment that had been able to provide those results.

A lot of work was attached to that but it was something the couple had prioritised, he said.

Their operation was a place for quality people, systems, farms and attention to detail, not just performance, grass "and more cows''.

How they used water was of high priority.

Soil moisture was measured and the team used that in combination with weather stations and phone apps to manage the irrigation system.

In the past, the two Ross farms provided incomes for two households.

All but two families live on the farm and all were active in the community.

The team included a qualified lawyer and a surveyor.