Japanese visit source of their wool 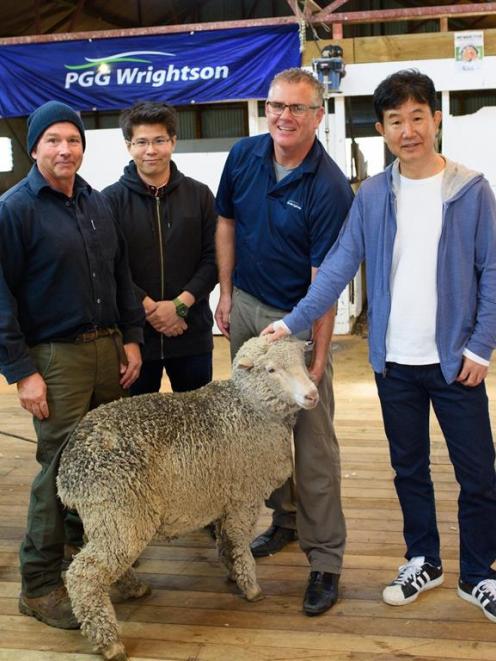 Gimmerburn farmer Tony Clarke gave a karate demonstration, a passion of his and one of the reasons he is so interested in Japanese culture.

His family's relationship with the Tokyo stock exchange listed company has been "going from strength to strength'' since initial contact in 2012, he said.

In March, Konaka signed an agreement with PGG Wrightson Wool to purchase 42% more merino wool in the coming year due to increased demand for its wool suiting.

Konaka is the third largest suit retailer in Japan, with 500 retail stores and more than 4500 employees.

Mr Clarke welcomed the opportunity to host the Konaka delegation on the property, which has been farmed by three generations of his family since 1922. He farms with his wife Rebecca Crawford and their children Anna and Hayden.

The visit, including a shearing display and an opportunity to view sheep up close, was an opportunity for the visitors to see the production line from the wool grower's perspective, he said.

For the Clarke family, it was a true "sheep to store'' connection.

Mr Clarke is travelling to Japan in July and is looking forward to meeting the Konaka team in Tokyo and visiting stores.

He said it was important they were aligned to a company that valued what they did and recognised the effort they went to.

It was a two-way relationship.

Since the company started using Closeburn wool, it was getting a higher percentage of cloth from the raw material and the colour had improved.

"For us, there's certainty of somebody that wants to deal with us long-term and wants to pay what we think is a fair amount,'' Mr Clarke said.

Konaka was taking virtually all Closeburn's clip that fitted the company's micron range.