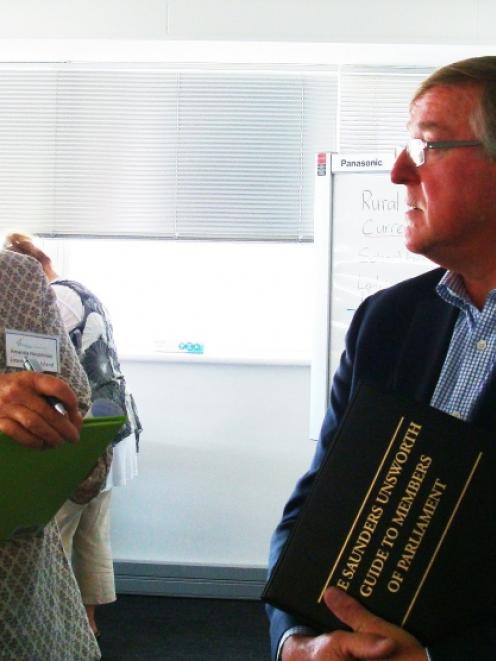 Mrs Hasselman, of Temple Peak Station, was among 16 rural women who attended the course run by Rural Women New Zealand.

At the Ministry of Social Development, they learned about the It's Not OK campaign on family violence, while in-house workshops focused on mentoring and governance, giving presentations, working with the media and influencing local government.

The women practised the skills they had learned by making a presentation to Landcorp, sponsor of the leadership course, on the final day of the programme.

For Mrs Hasselman, the most significant realisation from the trip was that without RWNZ at national level, no-one else was lobbying for social issues in rural areas.

''It's been a real eye-opener about potential local and national links and the overall potential of the organisation,'' she said.

The course bridged the gap between local and national and made her more mindful of the ''big picture stuff'' that RWNZ was doing at a national level.

RWNZ was a great organisation and it was up to members to see it stayed that way, not just with vibrant local groups but as part of a bigger voice lobbying for rural issues throughout New Zealand, she said.

Mrs Hasselman is a member of the Glenorchy branch of RWNZ, which she described as a ''reasonably vigorous'' branch.

The branch went into recess in 1986, because of a decline in membership, but was officially relaunched in November 2010 under the leadership of Kate Scott.

It was Ms Scott's great-grandmother, also Kate Scott, who launched the original group in 1931.

The branch now boasts about 29 members who are involved with a wide range of activities.

The next event on the calendar is a Harvest Festival on Sunday, March 24, an event Mrs Hasselman describes as ''just an excuse for everybody to get together''.