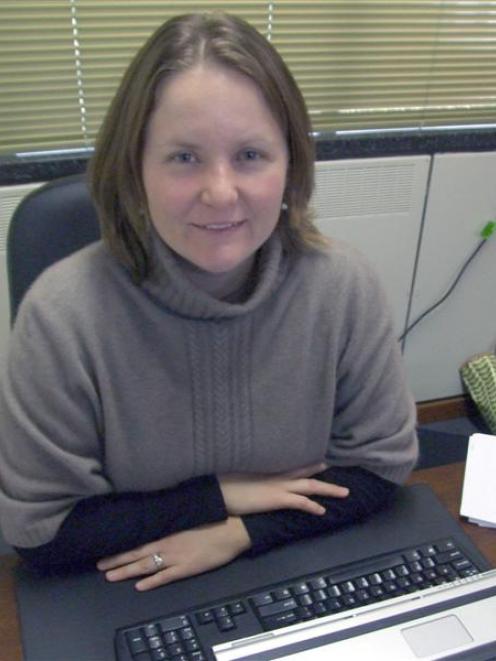 "We need to embrace our environmental requirements and push towards full compliance. There's no other option," the company's environmental co-ordinator, Jodi Leckie, said.

Farmers on the scheme - which irrigates 10,000ha, with work under way on stage two - had "really taken note" of that, she said.

Mrs Leckie has worked in the environmental sector since graduating with a science degree from the University of Otago.

She joined NOIC a year ago, after she and her husband returned from a four-year stint living in the UK.

Her job involves administering the company's environmental farm plans, following up audit outcomes and providing information and support for farmers with any environmental challenges or issues on their properties.

The main environmental challenge was managing irrigation run-off and a lot of time was spent last year on developing policies, procedures and strategies to deal with it. she said.

The company was involved with an Irrigation NZ project based on hill country irrigation which had secured funding from the Ministry of Agriculture and Forestry's sustainable farming fund.

It was hoped the three-year project would provide information and resources needed to improve the design and management of hill country irrigation systems, she said.

The company, which worked closely with the Otago Regional Council, tried to work with farmers. But the "bottom line" was if people did not comply, then water would be turned off.

There was an enforcement progression scale and water to some properties had been turned off for short periods.

She encouraged anyone with problems to approach NOIC and which would do its best to work through the issues.

While from a farming background - she was originally from a sheep and beef farm in the Waikato - the irrigation side was new to her, although her science background in freshwater ecology had tied in "pretty well".

She was enjoying the job, which had some interesting challenges, and she also enjoyed living in North Otago.

One of the attractions of returning to New Zealand was to have some land. She was also a keen horse rider.

From an engineering background, he most recently worked for Biodiesel New Zealand and has moved south from Canterbury.

He is a keen hunter, who grew up on a dairy farm. His new job was to ensure the scheme operated reliably, effectively and safely.