From Mediterranean to Maniototo farm 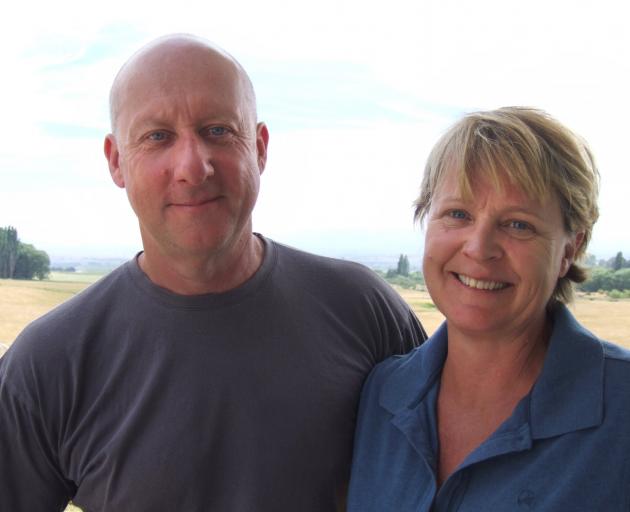 Simon Norwick and Janine Smith are embracing their new lifestyle. Photo: Sally Rae
For the 26 years that Janine Smith lived in Greece, she always knew she would one day return home to the Maniototo — she just did not know how or when it would happen.

Managing a sailing company was a serious job that came with a lot of responsibility and, for her to leave it, it had to be ‘‘a monstrous change’’.‘‘It had to be a big contrast for me to leave Greece behind and embrace New Zealand. It had to be a steep learning curve and something I could really get hold of. So far, so good,’’ she said. 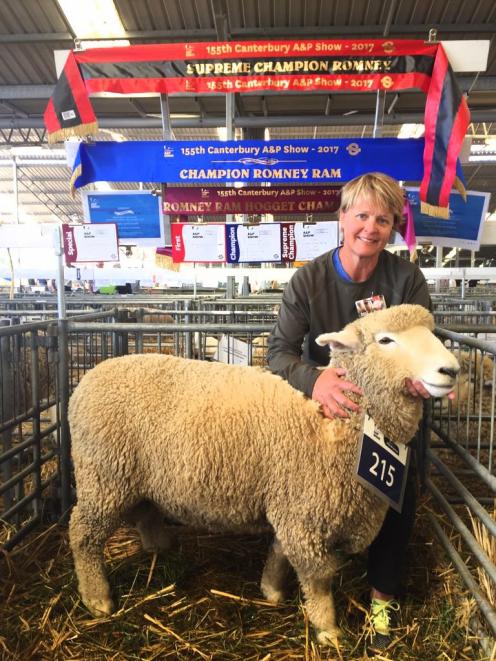 Janine Smith with her prize-winning Romney ram hogget at the Canterbury A and P Show. Photo: Simon Norwick
Last December, she and  partner Simon Norwick made that monumental change and traded life in the Mediterranean for farming in the Maniototo.‘‘I grew up on a farm and I’m starting from the beginning,’’ the 50-year-old said.Ms Smith, who has taken over her father Ian’s Romney and Dorset Down sheep studs, had considerable success at last month’s Canterbury A&P Show in Christchurch, winning supreme champion Romney and champion strong-woolled sheep with a Romney ram hogget.

When it came to farming, a ‘‘head for numbers’’ was something she had in her favour — ‘‘but in all honesty not for stock’’, she acknowledged.

She relied heavily on her father, and her sister Margot Hall, who farms nearby, for their knowledge and advice.

Brought up in a sports-mad, outdoors-focused farming family, Ms Smith quipped she was born holding a hockey stick.

She played representative hockey till she left New Zealand. Her sister, Mandy Barker, was an international player.‘‘We were always in the sheep yards and that has all come back to me. Feeding out, that kind of stuff, has been no problem at all, but I wasn’t the one that wanted to go farming,’’ she said.Ms Smith trained as a nurse and left New Zealand in 1989 bound for Australia, followed by Europe, in 1991. The sailing company she managed in Greece was owned by a Dunedin man she met in London. The decision to leave was largely driven by a desire for less responsibility and there had also been some big changes made at work.

She gave 12 months’ notice before packing up and heading home late last year, to the 277ha farm near Patearoa  purchased some years earlier.

In the interim, her father had been looking after the farm and it was also where he ran his Glen Leith stud sheep.

Farming was something Mr Norwick was enthusiastic about,  not experienced with, he said.

Originally from East Anglia in England, he moved to Greece with his parents when he was 13 and began a screen-printing business when he was 18.Many of his friends were arable farmers and he was  useful with machinery. ‘‘If you take it apart, you can find out what’s wrong with it — most of the time,’’ he said.

Keen on fishing and hunting, he was also enjoying his new life in New Zealand, although the pair admitted what they most missed  was Greek food.

They were enjoying the great sense of community in the district, which was still largely driven by sport, Ms Smith said.

Already, they have increased stock numbers a little, bought some beef cattle and were keen to continue the line that Ian Smith had taken with  wool.

Wool was something Mr Smith — who established the Romney stud in 1964 — was particularly  passionate about.Ms Smith took eight sheep to Canterbury A&P Show and seven were placed. In the Romney ram hogget class, there were 18 entries. She won the class, and placed third and fourth.

Her winning ram hogget had quite fine wool for a Romney, something her father had concentrated on, she said. It was sired by a homebred ram but his sire was the result of artificial insemination using Australian genetics, specifically for wool, which seemed to have paid off.She was keeping the ram and had already started to look at AI options. There was a lot of interest from halfbred breeders.Ms Smith said she and Mrs Hall had promised their father they would keep the studs going and he was delighted to see that happen.

The biggest challenge of embarking on a farming career had been her physical weakness. ‘‘I have found it really hard to go from many years behind a desk to handling 120kg rams,’’ she said.She was assisted in her stock work by her father’s heading dog.