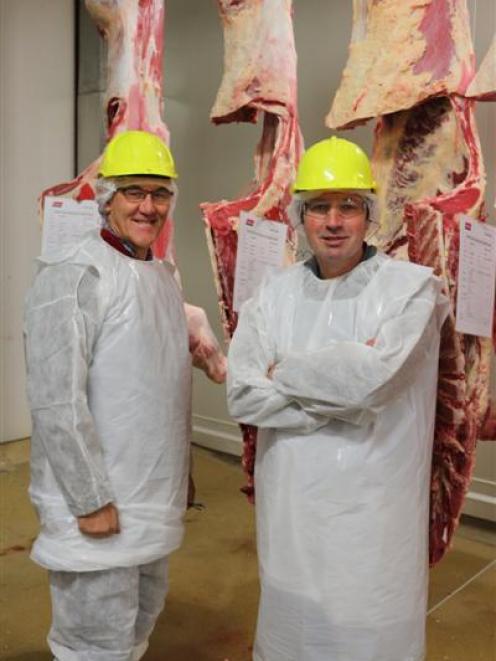 The couple have been awarded the Alan Dodd Trophy for the overall champion in the annual Otago Southland beef carcass competition, which attracted 38 entries.

The competition was held last week at Alliance Group's Mataura beef plant. Live judging was done by Mark Cuttance and Greg Clearwater, from PGG Wrightson, who placed the entries in their respective weight groups.

Mr Cuttance described judging as extremely difficult, due to the number of quality entries, possibly the best he had seen during his involvement in the competition.

Mr and Mrs Johnstone, who own the Glencairn Limousin stud, have enjoyed previous success in the competition. Stuart and Cheryl Clearwater, from Lumsden, won overall reserve champion.