Paramedic up in air, on road 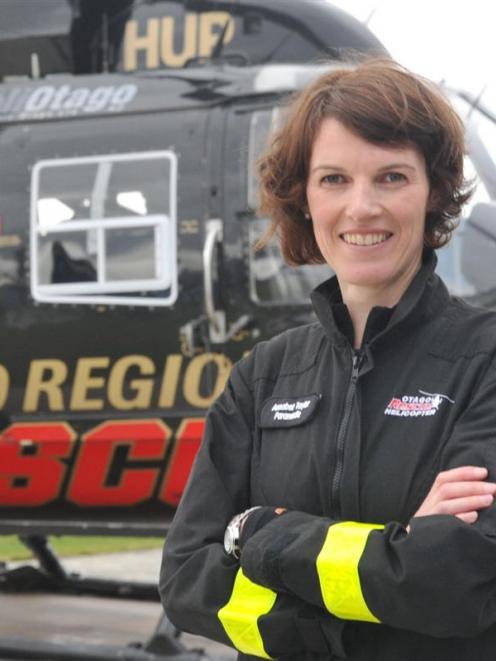 As a paramedic based at Taieri, Miss Taylor (36) works for both the Otago Regional Rescue Helicopter and the Dunedin St John ambulance service.

She was recently awarded a $3000 Rural Women New Zealand/Access scholarship, which will help cover her expenses while she studies for a year-long postgraduate certificate in specialty care, advanced paramedic practice, at Whitireia Polytechnic in Porirua next year.

The course included distance learning and involved going to Wellington during the year for block courses.

Miss Taylor, who was selected from a field of 30 applicants, was chosen for her academic excellence, professional dedication in providing medical care to remote and isolated rural communities, and for the potential benefit her study could bring to the rural sector she served, Access chief executive Graeme Titcombe said.

She was ''really humbled'' to receive the scholarship which would help significantly towards her financial costs next year, she said.

Brought up on a sheep and beef farm at Dunback, Miss Taylor was inspired to seek a career in nursing by an aunt who was a nurse.

After completing her nursing studies in Dunedin, she worked in intensive care at Dunedin Hospital for about four years and ''loved it'', completing a critical care nursing course while there.

She then got ''itchy feet'' and shifted to Australia, where she nursed at a base hospital in Griffith, New South Wales, which was at the centre of a large crop and citrus growing area.

There was no doctor based in the unit where she worked and good assessment skills, along with an ability to back yourself, were important, she said. While there, she became a clinical nurse specialist in critical care nursing.

After two years in Australia, Miss Taylor moved to the West Coast to become rural nurse in Haast, a position she had coincidentally earlier thought would be her ''dream job''.

It was a baptism of fire in the new role when the locum nurse, who had been covering until her arrival, drove off and, within five minutes, her pager went off alerting her to a patient with a broken leg. About two hours later, a vehicle ran off a road and she found herself dealing with another broken leg.

While there was no cellphone coverage and radio coverage was patchy - ''you lived on your wits really'' - she loved both the job and the strong community support.

She also gained her Prime (Primary Response in Medical Emergency) nursing qualification While in Westland, Miss Taylor got to know some of the paramedics who arrived to pick up patients and the job appealed to her.

There was not really a formal pathway for a nurse to become a paramedic and it was suggested she start applying for jobs.

She moved from Haast to Te Anau to become team manager for St John and it was there she got ''a foot in the door'' with helicopter work, as helicopters were involved in quite a lot of the work.

She had known Otago Regional Rescue Helicopter crewman and advanced paramedic Doug Flett from her intensive care days in Dunedin.

She rang him for some advice and he offered her the opportunity to come to Taieri to work for a couple of days.

She was ''blown away'' by the Helicopters Otago setup and when a position arose in July, 2010, she jumped at the chance to move back to Otago.

It was an opportunity to be closer to family and she enjoyed the balance of helicopter work and being ''on the road'' with St John.

She loved the unpredictable nature of the job: ''You don't know where you'll be heading in five minutes' time, between road and helicopter. I like that every day is different and it is constantly challenging. You've got to think on your feet.''

She also enjoyed working in a professional team, where there were also ''a lot of laughs'', and was grateful for the support of the Otago Rescue Helicopter Trust.

It was a privilege to serve the community and it was also rewarding to be able to help people, she said.