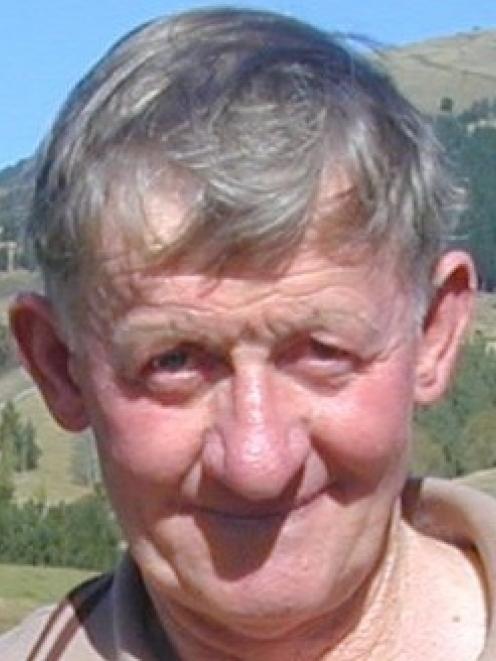 The retired Otago farmer and farm adviser, who died in May from motor neurone disease, posthumously received the award for an individual or business making a significant contribution to the New Zealand sheep industry.

Mr Holgate inspired ''generations of farmers'' to achieve higher standards and the judges were particularly impressed by the range of his contributions to the industry ''on so many levels'', a citation said.

Off farm, he influenced many industry good organisations through his ''innate ability to communicate appropriately in any situation''. 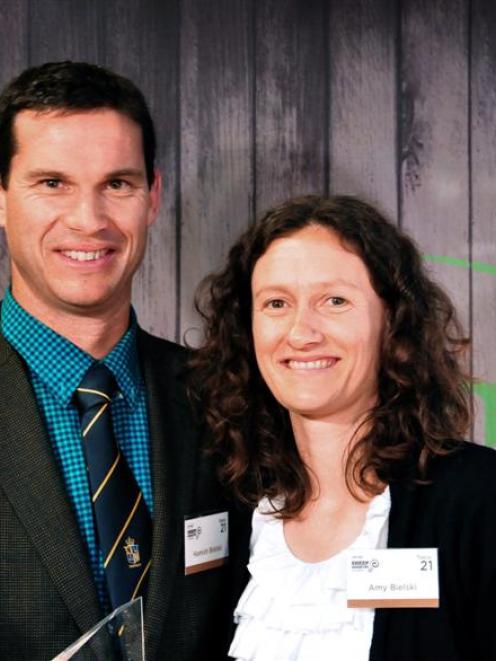 Emerging talent award winner Hamish Bielski and his wife Amy at the Beef and Lamb New Zealand sheep industry awards. Photo by Beef and Lamb NZ.
Mr Holgate and his late wife Beverley went farming on their own account in South Otago in 1972. The couple won the A.C. Cameron award for farming excellence in 1978, which was a ''huge thrill'', he recalled during an interview late last year.

He was involved early on with the Texel breed, served as chairman of the Otago Texel Club and was also a life member of Texel New Zealand.

Latterly, he lived at East Taieri, south of Dunedin, with his second wife Jane. Last year, he was recognised by Beef and Lamb New Zealand for his ''outstanding service'' to the New Zealand sheep and beef sector.

Dr McEwan has been at the forefront of sheep genetics in New Zealand for more than 30 years.

He was instrumental in setting up the SIL ACE genetic evaluations and the Central Progeny Test. He has a particular interest in parasite resistance traits and is currently researching the genetics of methane emissions.

Judges commented that his work had covered a broad range of genetic fields, contributing widely to farmers' productivity gains.

Emerging talent award winner Hamish Bielski, of Clinton, is deputy chairman of Beef and Lamb New Zealand's southern South Island farmer council and the Southern Texel Club, while he and his wife Amy are equity partners on a 300ha property.

The supplier of the year was won by Horizon Farming Ltd (Waipukurau). Waipaoa Station Farm Cadet Training Trust at Gisborne won trainer of the year and Matt and Lynley Wyeth, of Masterton, won the innovation award. Holmes Warren, of Featherston, won the lifetime achievement award.