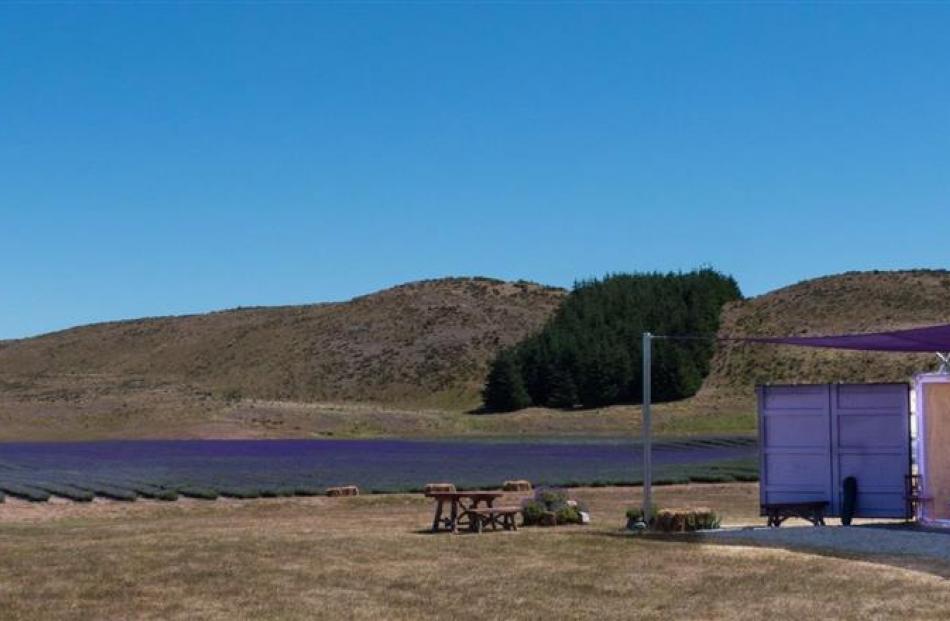 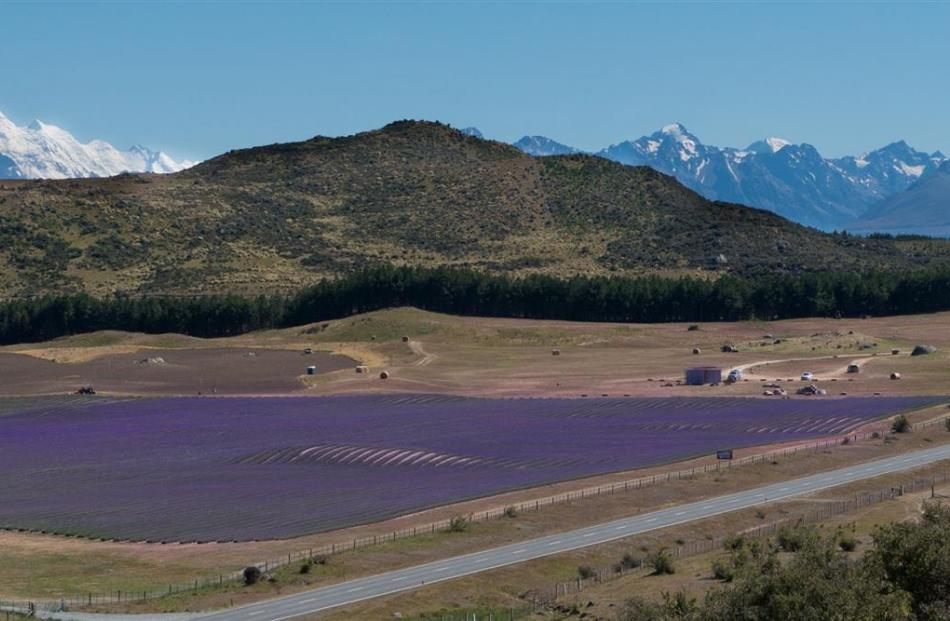 For visitors to the Mackenzie district can now stop and smell the lavender - all 99,000 or so plants of it.

‘‘One local customer commented he had not been to [Aoraki] Mt Cook for years and just about drove off the road when he saw all the purple colour in the paddock,'' Mr Foster said.

The enterprise was born from the combination of Allan Tibby's vision and Mr Foster's skill set. Mr Foster was inspired by his long-time friend's dream and believed his practical skills would form the perfect partnership.

The lavender was grown at an altitude of 600m, which they believed was the reason their oil was some of the purest and most potent in New Zealand.

Mr Foster grew up on a cropping farm in Saskatchewan, Canada, and was familiar with breaking in new land, picking up stones, driving tractors, and working in the fields.

The Mackenzie Basin had a similar climate to Saskatchewan although it was not as cold, he said.

Once the decision had been made to develop an organic lavender farm, Mr Foster spent six months in 2009 carrying out extensive research. He met lavender farmers in New Zealand and Tasmania and, in spring that year, planted a trial plot of 600 plants from three different lavender varieties.

The grassy, stony farmland had porous earth and, in some areas, had more rocks per square metre than soil.

With no blueprint to follow, he had to find the right machinery and contractors to break in the land and clear it of rocks and stones.

In 2013, Mr Foster travelled to Bulgaria, France and the United Kingdom and volunteered on farms to gain experience and understanding about what the plants required to thrive.

There were now more than 99,000 plants on 8.3ha, with a further 5ha planned. Before planting that area, they were waiting to see which variety was best adapted to the climate.

This might take a few more years of observation.

Weeds were a major challenge to any agricultural or horticultural business and lavender-growing was no different, Mr Foster said.

While most farmers dealt with weeds by using herbicides, the choice to be a certified organic farm - New Zealand Alpine Lavender is certified by BioGro - added to the obstacles.

But Mr Foster was passionate about being certified organic and relied on steam and tilling. ‘‘It's hard work but rewarding when you produce the high-quality oil,'' he said.

Climate was the other big challenge and late season frosts could be quite damaging.

The business has invested in several different frost machines to help protect the newly forming buds from frost damage.

In 2012, the plants were not badly affected by frost but the second year was a different story, with large areas affected.

The following year, a series of frosts affected two-thirds of the plants, stunting their growth or burning newly formed buds.

The biggest blow came in January 2014, when 99,000 plants, with their flower heads, were wiped out. Mr Foster called in a frost consultant.

At harvest time, the lavender flowers were cut by a harvester, placed in a still and steam distilled.

A mixture of vaporised oil and steam left the still and entered a condenser where it became lavender water and lavender oil.

The oil was lighter than the water and floated to the surface. The oil was then decanted into glass bottles and stored in a cool dark room.

This was done on the farm to allow full control over the timing of the harvest and the quality of the oil produced, Mr Foster said.

The amount of oil produced depended on the age of the plant, the variety, and climate and soil conditions.

Between 3ml and 10ml of oil per plant per year could be expected, depending on those conditions. The oil was exported and sold locally.

Harvesting was due to begin in several weeks and it would not be known until then how the latest season had fared, although it was the best season Mr Foster had experienced for some of the varieties.

‘‘The weather has been overall better than other years, although we did have some late season frosts, which has resulted in later flowering.

‘‘The rainfall was good and we got rain at the right times and the quality looks as though it will be good but we will only know for sure after harvesting and distilling the oil,'' he said.

Lavender growers were scattered throughout New Zealand, with about 50 being members of the New Zealand Lavender Growers Association, Mr Foster said.

The association held annual oil awards, an annual meeting, and a bi-yearly conference that offered members opportunities to learn and network with each other.

He has been on the executive and was one of the oil judges for four years.

He said New Zealand Alpine Lavender intended to develop the local tourism aspects of the farm and seek to expand exports of lavender oil and products.

Last year, a table and umbrella were used as a stall near the entrance of the lavender paddock and, because of the enthusiastic response from visitors, it was decided to expand it this year.

A wider entrance was created off SH80 capable of handling cars and buses, with a lay-by on the highway.

There was a short drive to a remodelled shipping container-turned farm stall at the north end of the lavender paddock.

Visitor numbers had been ‘‘steady and encouraging'' and, with the approaching Chinese New Year holiday, they were expected to increase during that period.

‘‘As well as a lot of hard work, it has been a lot of fun and rewarding. People just love the lavender and farm stall and there is plenty of room to wander around and enjoy the surroundings,'' Mr Foster said.

The farm shop is open seven days a week until the end of February.