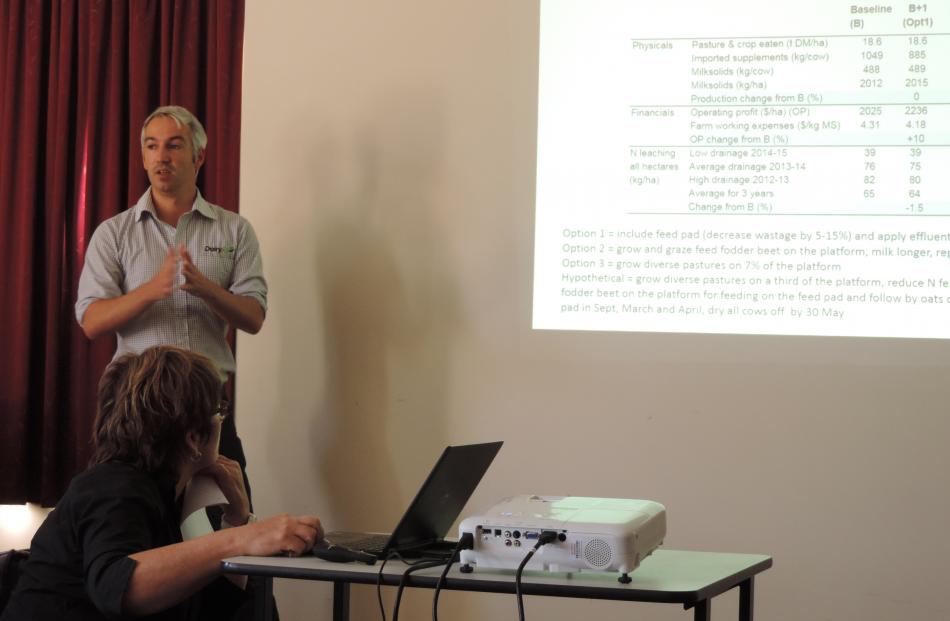 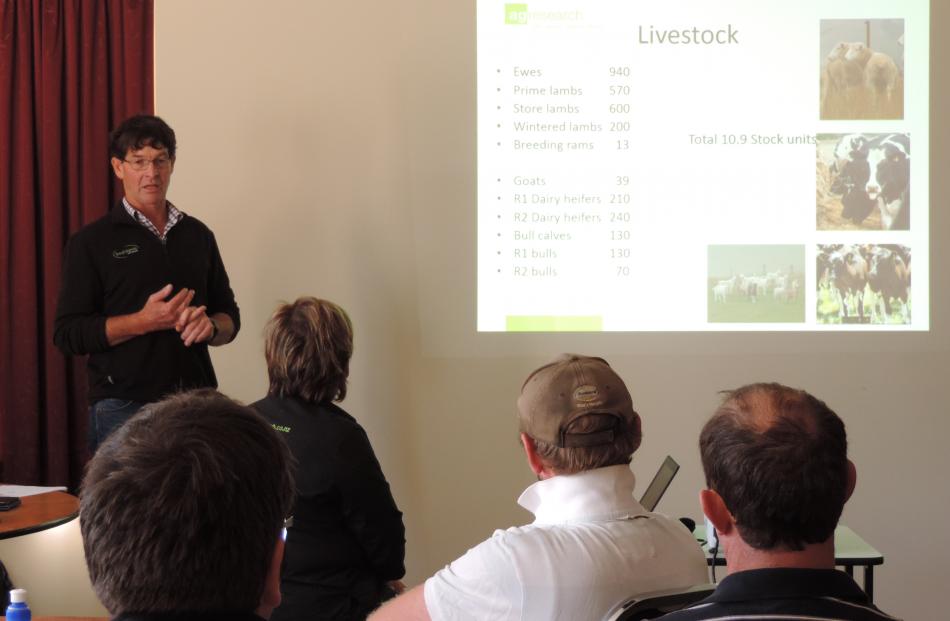 Cave farmer and Beef + Lamb New Zealand director Bill Wright reports on how the science has worked on his land. 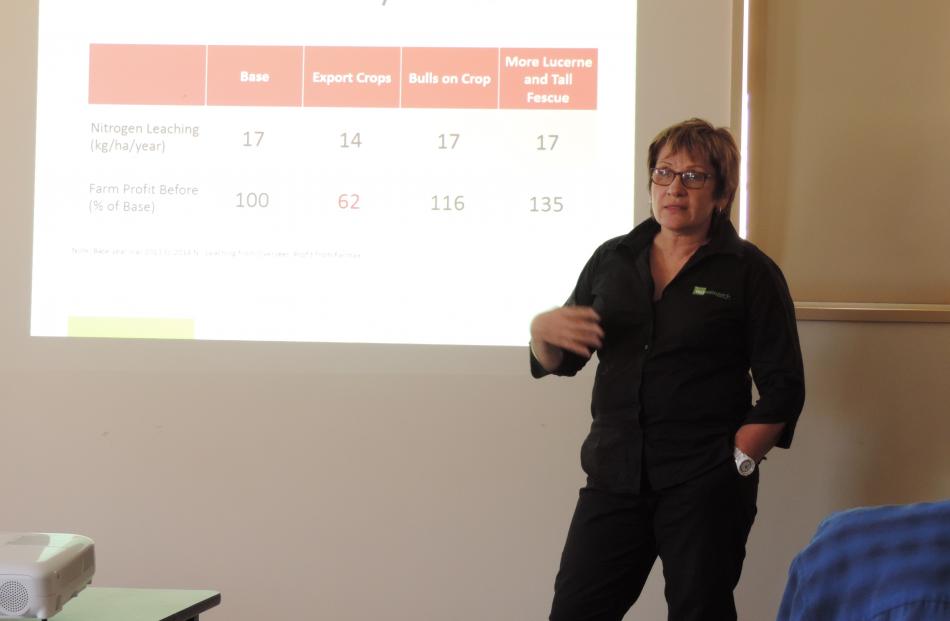 Paul Edwards, from DairyNZ, said the study looked at plants that were better able to take up nitrogen from the soil and that contained less nitrogen themselves. Pasture that reduced the amount of nitrogen a cow took in and had improved metabolisable energy content would improve animal performance and reduce leaching from urine patches.

Pasture with greater root depth to reach nitrogen lower down in the soil, and that grew in the cool season when there was low plant growth and high rainfall, would also help reduce leaching, Dr Edwards said.

A study tested leaching from two types of pasture. One was a ryegrass-white clover mix and the other was Italian ryegrass-plantain-white clover. A standard amount of urine was applied in autumn.

The latter showed a 45% reduction in nitrogen because of the winter-active ryegrass species and the deeper roots that could pick up more nitrogen. The urine from cows eating that pasture also had less nitrogen in it.

''This trial demonstrates the principles,'' Dr Edwards said. ''In reality, it's a lot more complicated.''

Where fodder beet made up 23% of a cattle diet, nitrogen leaching was reduced. If fodder beet was 45% of the diet, it was reduced further due to lower concentrations in urine.

However, when dry cows were fed 85% fodder beet with straw, there was a high risk of rumen acidosis.

Catch crops could help mop up soil nitrogen from urine or a crop, Dr Edwards said. The earlier they were sown, the better.

Figuring out how to use them within farming systems was the hardest part.

''What you do in combination is important.''

A Dunsandel monitor farm showed increased efficiency of nitrogen use in its system, holding more in the soil while not compromising milk production. It could get Overseer credits for using less nitrogen fertiliser and for low leaching levels.

The Wrights wanted to see where they could use plantain and catch crops, Dr Dynes said. Fitting plantain into the dryland sheep and beef operation was not easy, with the demands of dairy heifers being grazed in autumn proving a challenge.

''We've got to balance what we do environmentally and to ensure profitability.''

Plantain seemed to be effective in reducing nitrogen leaching when it made up 20% to 30% of a cow's diet, Dr Edwards said. It could be put into existing pastures, because in the short-term, there would not be enough through new pastures alone.

Dr Dynes said genomics would help scientists to understand why plantain was effective, so they seek other herbs with similar properties.