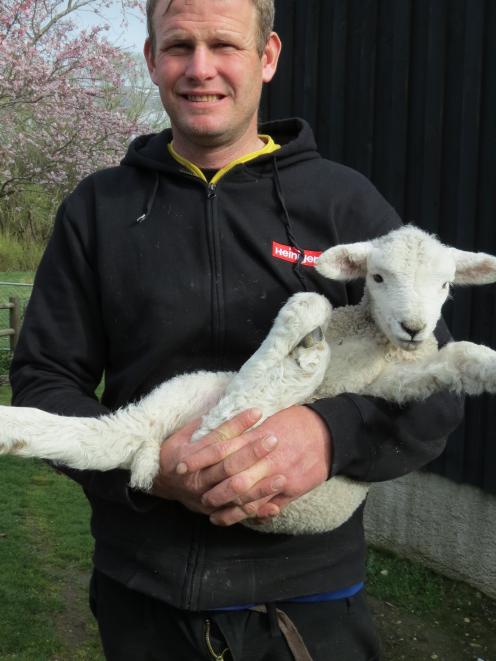 
Farmer James Hill, of Teviot Valley, and stock manager Cole Wells, of Tarras, want to raise money for the society in memory of family members who had died of cancer.

''I have experienced first hand how cancer can affect your life and I am passionate about raising as much as I can,'' Mr Hill said.

Mr Hill first read about Mr Wells' plans to attempt the 24-hour shear in the ODT earlier this year.

''I made contact with him and talked about what he was hoping to do.''

He and Mr Wells intended to shear up to 700 to 800 crossbred sheep each during the 24 hours, something Mr Hill said had never been done in New Zealand before by shearers, let alone ordinary farmers.

''We can pace each other and keep each other going and it is going to work out pretty good,'' Mr Wells said.

''We will have a break every two hours for half an hour and every four hours will stop for an hour.''

The fundraiser will take place on Peter Jolly's property near Tarras - of which Mr Wells is the stock manager - from 6am on February 28 until about 2pm on March 1, 2015.

Both men have assembled teams to help with organisation and seeking sponsorship to cover the cost of holding the event and also for naming rights.

Neither of them is a fulltime shearer, but both shear their own sheep.

Both are building up their physical training as well as shearing to ensure they can maximise their performance.

Mr Wells said he was not sure if he would be able to move after the event.

''One thing is going to be sleep deprivation and to keep going and for 32 hours is going to be quite a challenge, but we are going to have to push through it,'' Mr Wells saidMr Hills' neighbour, Kath Kelly, has designed a nutritional regime for him and is helping him train.

She will also be managing their food, fluid and electrolyte intake and providing massages on the day.

''We are looking at it as one long endurance event and have to treat it like that.''

Mr Hill said they had about 30 helpers as well as a physiotherapist to help on the day. Heiniger is providing the shearing equipment and a representative will be there on the day to maintain it.

They intend to make the event a fun family day, providing a bouncy castle and water slide for children and the Roxburgh Lions will be selling food.